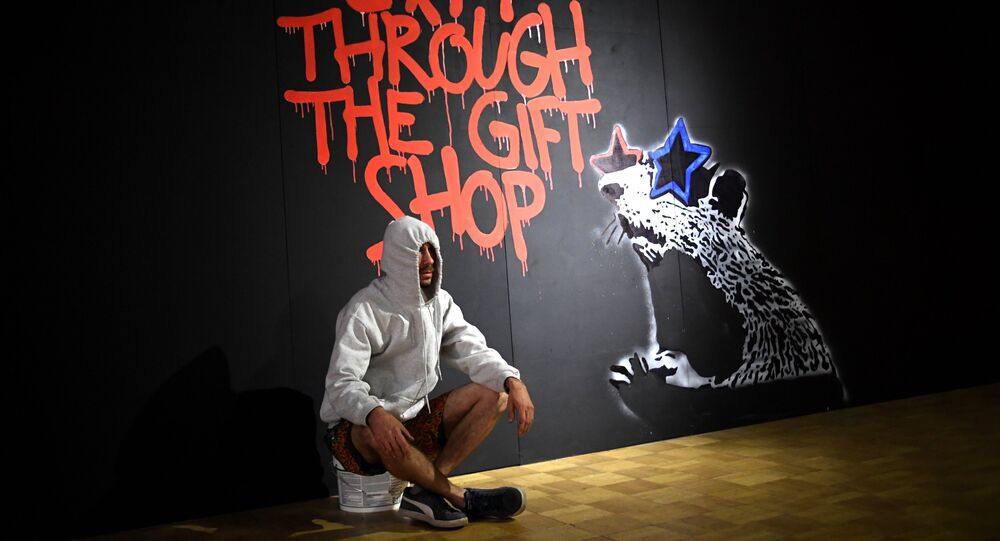 One of Banksy’s best known works, “The Girls With the Balloon” self-destructed moments after it fetched $1.4 million at a Sotheby’s auction in London.

The famous street artist Banksy has posted a video on his website where he shows that “in rehearsals” the shredding of his million-dollar artwork “Girl With a Balloon” had worked “every time”, with footage of a test run showing a print passing through the shredder completely, so that none of the canvas remained intact.

© Sputnik / Sergey Pyatakov
'Piece of Art History': Buyer to Keep $1 Mln Banksy Painting That Shredded Itself at Auction
In the video posted on Tuesday entitled “Shred the Love (the director’s cut),” Banksy shows the whole process – from himself constructing the shredding mechanism inside a frame to the painting’s self-destruction.

At the end, the video notes: “In rehearsals it worked every time…” as it shows the piece going the whole way through the shredding machine with slips of canvas falling to the floor.

“The Girls With the Balloon” self-destructed moments after an anonymous bidder offered a whopping $1.4 million to buy it at the Sotheby’s auction held in London earlier this month.

In 2006, the artist made a single copy of the painting with acrylic paints on canvas. The work was enclosed in a heavy gilded frame, into which, as it turned out, Banksy had built in a shredder.

The very moment the auctioneer announced the name of the winning bidder, the bottom half of the artwork was sucked into the shredder concealed in the frame. Only part of the artwork survived.

Banksy later posted a video on his Instagram account where he said that several years ago he had secretly embedded a shredder into the picture.

There has been speculation that Banksy was present at the October 5 auction.

A picture revealed by British website Bristol Live shows a person purported to be behind the shredding itself. The outlet claims to have been sent a photograph captioned “Banksy’s little helper” by someone allegedly connected to the street art world in Bristol.