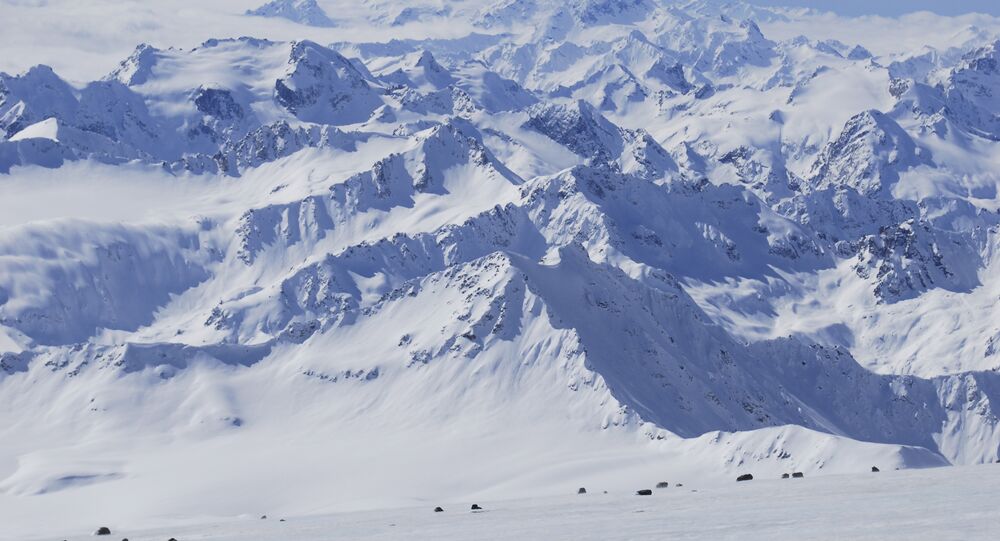 A blind 23-year-old man has overcome insurmountable odds after becoming the first of his kind to reach the summit of Europe's tallest mountain.

Scunthorpe-native Jack Garner lost his sight due to a genetic condition at age 11, but continued to train as an athlete in several competitions, including bungee jumping and skydiving for charities, to finally aim for a world record: to be the first blind man to climb Mount Elbrus.

The mountain towers at 5,642 meters and sits between the Russia-Georgia border among the Caucasus Ridge, with winds over 50 mph and —37C wind chills.

This is not the first time that Jack has challenged himself. In 2016, he began mountaineering by climbing Mount Kilimanjaro for six days and later hiked for 11 throughout Mount Everest in 2016.

"My parents were concerned when I told them what I was going to do," he told the BBC.

Four climbers and two guides from Cumbria-based mountaineering company Adventure Peaks helped him to reach the summit and taught how use an ice axe to scale the intimidating mountain.

"It was my first time walking on snow and ice. It took a bit of getting used to," he said, adding that one of the guides, Paul Ethridge, "coiled the rope around his hand" to keep two meters between them.

© Sputnik / Witalij Ankow
Russian Strongman Pulls 11,000 Ton Ship, Setting New World Record (PHOTOS)
"I had to be careful not to walk too close to him because I didn't want my crampons to dig into his heels," Mr. Garner said.

After reaching the summit in six hours, Garner said: "It's the best feeling there is." Most climbers begin their trek at 3,800m, but jack started his at the Camp 11 site, positioned at 2,000m.

The Guinness World Records confirmed that no one had beaten his record-setting scale, Mr. Ethridge stated.

Phil Kirk, expedition expert for Adventure Peaks, told Sputnik that he was proud Mr. Garner accomplished his goal on an expedition with his company.

"Jack did exceptionally well to Summit Mt. Elbrus, especially given the freezing temperatures and challenging weather at this time of year," Mr. Kirk said.

"Jack's very high level of physical fitness was clearly an advantage, allowing him to summit before any other team that day," Phil continued, adding that "we certainly think he is capable of going on to climb higher mountains if he wishes".

Mr. Garner's amazing feat follows American adventurer Erik Weihenmayer, the first blind person to reach the summit of Mount Everest in 2001. Weihenmayer, who suffers from retinoschisis, also climbed the Seven Summits, or the highest points of every continent, after reaching the top of Papua New Guinea's Carstensz Pyramid. Only 150 mountaineers have achieved such a feat.

Meet the Kyrgyz Strongman With the Toughest Teeth in the World