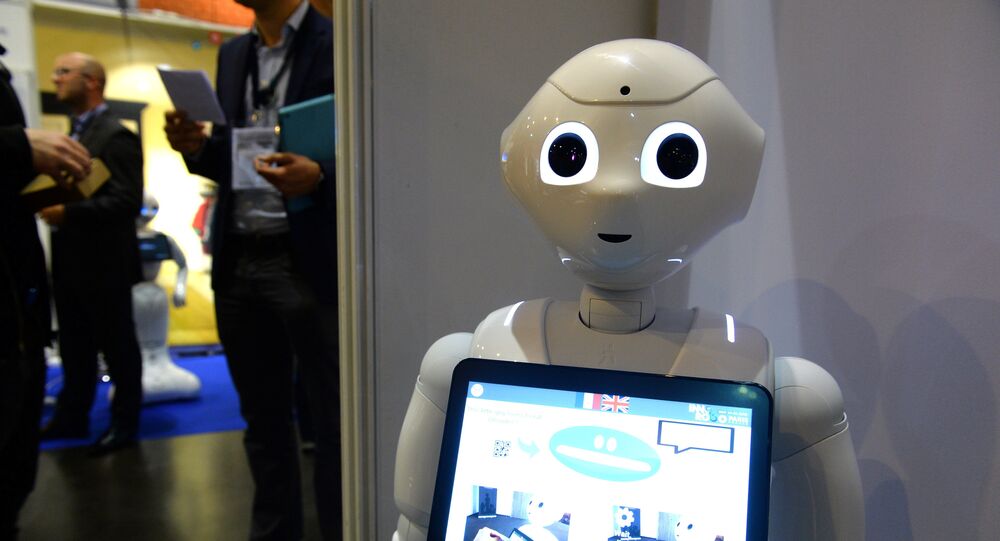 A resident robot at Middlesex University called Pepper gave evidence to a Parliamentary select committee on Tuesday during a special session of the “Fourth Industrial Revolution.”

To a round of applause, the cordial high-tech machine with a tablet computer on its chest expressed gratitude to attendees for the invitation, as well as for being able to speak about the role of humans and robots in the fourth industrial revolution.

“Robots will have an important role to play, but we will always need the soft skills that are unique to humans: to sense, make, and drive value from technology,” Pepper said.

MPs on the education committee are currently taking evidence from a robot called Pepper. pic.twitter.com/x9t6yikaWN

The robot’s appearance at the Education Сommittee has prompted a new wave of jibes at Theresa May, who’s developed a reputation for her robot-esque dance moves, earning her the nickname, Maybot.

Potential future replacement for Theresa May?

Pepper is going to need more practice if she wants to move as robotically as Theresa May!!

Thats fantastic….but can it do the Maybot….

Some alluded to May’s impressive intro at the Tory conference earlier this month when she bounced onto the stage to ABBA’s song, Dancing Queen:

A robot called Pepper has been meeting with MPs today. And they didn't have the sense to ask which is her favourite ABBA song

Other Twitterians suggested that Pepper would be a better Brexit negotiator than Theresa May:

I think pepper robot will be better Brexit negotiator then maybot 🤖 #pepperbotforPM pic.twitter.com/AjXxoNddmY

Theresa May’s cutting loose on stage seemed to have inspired some of her colleagues from the EU as well: last week, the President of the European Commission, Jean-Claude Juncker, showed off similar dance moves.

The European Commission’s spokesperson, however, later stated that the dance was “not directed at anyone” and was an “improvisation” by Juncker.