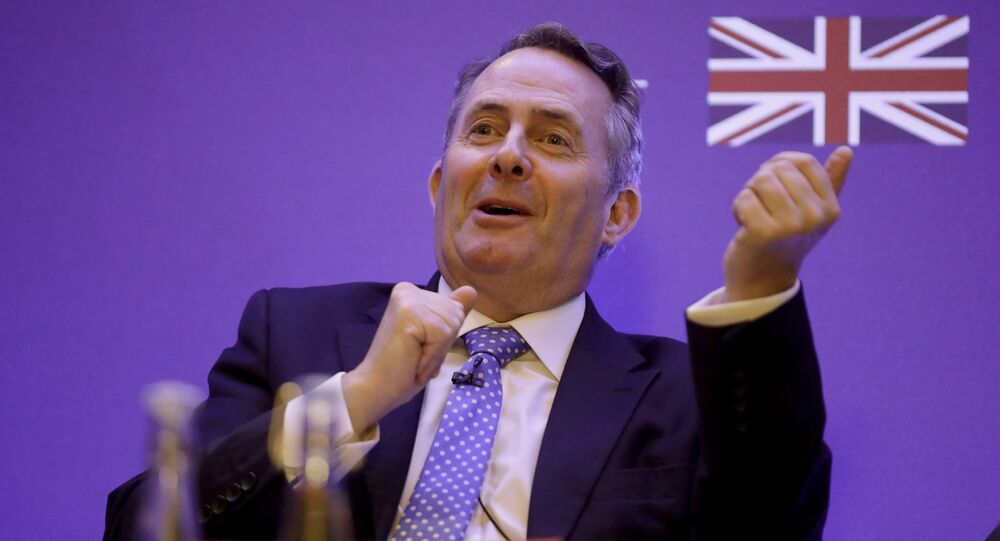 UK Prime Minister Theresa May has been urged to consider a longer transition period to get through the Brexit backstop impasse.

Liam Fox, UK trade secretary, suggested on Tuesday that Britain might need a “few more months” for a transition period, extending it beyond the end of December 2020, The Times reported, citing an anonymous source.

READ MORE: Brexit Could Be Extended by Another Year — EU Negotiator Michel Barnier

The 19-month transition period starts March 29, 2019, maintaining existing ties Between the UK and the rest of the Union without representation in the European Commission or parliament.

Сurrent negotiations between the UK and the EU have deadlocked over customs regulations on the Northern Irish border. The prime minister’s desire is to secure territorial integrity of the country by ensuring that the whole of the United Kingdom remains in a customs union with the EU to avoid checks and a hard border in N. Ireland – a plan rejected by the EU on Monday.

Geoffrey Cox, the attorney general, told the cabinet on Tuesday that the backstop proposed by the EU would separate Northern Ireland from the rest of the UK and would mean “the UK has no leverage in future talks.”

© CC0
UK PM May Has Until Oct. 17 to Secure Brexit Plan Amid Deadlock in EU Talks
Fox suggested that one of the options to avoid a crisis might be to extend the transition period to give more time for a free trade deal to be concluded. He suggested that this would allow them to avoid the need for a backstop to be implemented in 2021. Both Philip Hammond, the Chancellor of the Exchequer, and Greg Clark, business secretary, reportedly agreed that an extension would be the best course of action.

Another government source told The Times that the UK had not abandoned attempts to get an all-UK customs agreement on the backstop but said it was “very difficult” to see it working out.

Meanwhile, EU negotiators are trying to find other ways to resolve the impasse. Chief EU negotiator Michel Barnier has reportedly said that the concept of an extended transition period had been brought up earlier but went nowhere. However, Barnier noted that he remains open to extending the Brexit transition period by another year if that would help the negotiations move forward.