“To accept the resignation of the government of the Republic of Armenia,” the decree, posted on the presidential website, says.

The Armenian president's statement comes following prime minister's Nikol Pashinyan resignation from his post earlier in the day in a move to create a formal reason for the dissolution of the current parliament and to pave the way for early parliamentary elections in the country.

"I am resigning," Pashinyan said in a statement aired by the Public Television of Armenia. 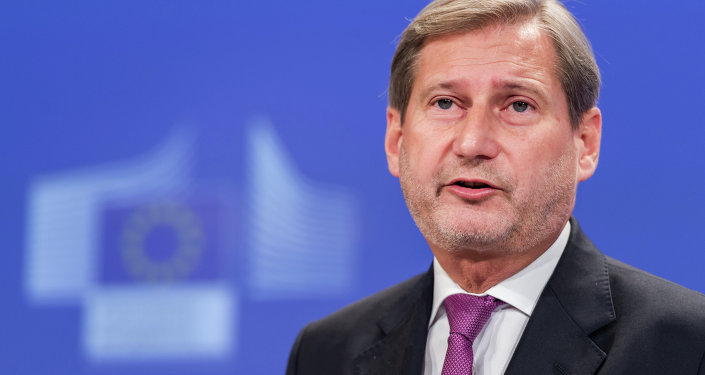 © AP Photo / Geert Vanden Wijngaert
EU Commissioner Tells Pashinyan Brussels Ready to Support Reforms in Armenia
He added that he resigns in order to hold early parliamentary elections, and will act as the head of the Cabinet until then.

In April, a political crisis and anti-government protests broke out in Armenia after Serzh Sargsyan, who had served as the country's president for 10 years, was appointed as the prime minister, which was regarded by people as his attempt to stay in power. Sargsyan was forced to resign and Pashinyan became the country's prime minister instead, pledging to implement a number of economic and political reforms.