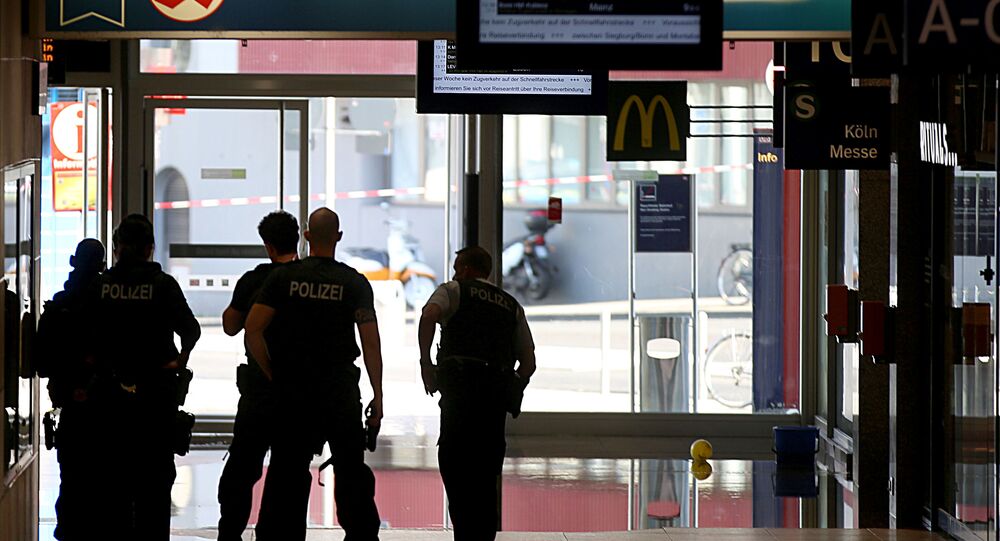 Police in the German city of Cologne closed the city's central station earlier on Monday, following reports that an armed man had taken hostages.

"The suspect is under control," Cologne police said, adding that "a female hostage has sustained light injuries and is being tended to."

Earlier in the day, police issued a warning via Twitter to avoid the scene of the incident, while those who were inside the station, were told via loudspeakers to leave the area.

"A hostage-taking took place near Breslauer Platz square. The police have arrived at the scene and are working to clarify the situation… We currently have no information about a shooting," the police wrote on Twitter.

According to the eyewitnesses, gunshots were heard at around 12:50 local time; police haven't confirmed the information.

Police officer Christoph Schulte told The Associated Press that the police had indications that "one man is holding one woman," though they didn't manage to get close.

At the same time, the police department's press service told Sputnik that the incident had taken place in a drugstore, noting that the exact number of hostage remained unknown.

Following the incident, German railroad operator Deutsche Bahn said that some of the station's tracks were shut down temporarily.

#Köln #Polizei
POLICE have closed off a large area around #Cologne Central #Station amid reports of a #hostage taking. pic.twitter.com/lcYGedHDZp

The Central Train Station is situated near the city's cathedral — a place often crowded with tourists.