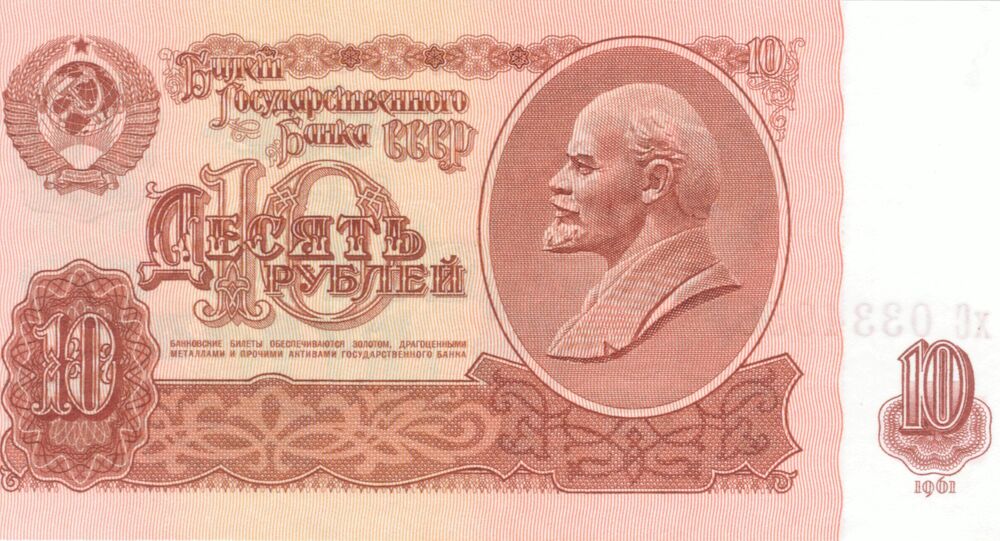 Moscow has repeatedly dismissed efforts made by officials from the Baltic states to claim some form of financial compensation from Russia for their experiences during the Soviet period, stressing there was no legal basis for the demands.

A commission headed by Estonian historian Toomas Hiio has concluded that the financial damages Estonia incurred during the so-called Soviet occupation amounts to approximately 1.2 billion euros, or 89 billion Russian rubles, the press service of the Estonian ministry of justice reported on Monday.

Hiio, who heads the Estonian Institute of Historical Memory, has defended claims for compensation for "losses associated with the occupation," despite opposition from Estonian Foreign Minister Sven Mikser, who has repeatedly said that such claims were unreasonable.

In Monday's press statement, the commission cited the following damage: "49,500 people who fell victim to Stalin's repressions, 24,100 who died during World War 2, 139,400 who were forced to leave Estonia, and 213,000 people who were lost due to the loss of the Pechersk district and territories beyond Narva."

The report also calculated that between 1948 and 1985, Estonia lost a million hectares of agricultural land and faced damage to its ground water. It also mentioned the drop in the share of ethnic Estonians in the republic from 89 percent in 1941 to 61 percent in 1989. Justice minister Urmas Reinsalu lamented that many losses, such as the destruction of statehood, loss of culture, education, and the loss of a free society could not be measured in monetary terms, and required further study.

© AFP 2021 / Martin Schutt / dpa
Baltic 'Ice Age': Why Are German Soldiers Digging in Their Heels in Lithuania?
Earlier, Estonian Foreign Minister Sven Mikser said that it would be unreasonable for Tallinn to seek reparations from Russia for damages during the so-called occupation, adding that doing so would be "unwise," pointless, and something that would find little understanding among the country's key business partners.

The Russian Ministry of Foreign Affairs has said that talk of the 'occupation' of the Baltic states by the USSR was inappropriate, and that it considers the 1940 accession of the countries to the Soviet Union to have complied with the international laws and norms of the time. The term 'occupation' cannot be used in part because the Baltics were never militarily annexed, and in part because throughout their time as Soviet republics, national authorities continued to operate.

In November 2015, the justice ministers of Estonia, Latvia and Lithuania signed a memorandum on the coordination of actions to seek reparations for damages supposedly sustained during the Soviet period. At that time, Estonia said it was not going to actually demand compensation, while Latvia claimed it suffered damages worth 185 billion euros.

© AP Photo / Mindaugas Kulbis
NATO Aircraft to Continue Mission in Estonia After Accidental Missile Launch
Earlier this year, reacting to the latest compensation claims, Duma deputy chairman of the committee on CIS affairs Konstantin Zatulin turned the claims around on Baltic politicians. "They periodically raise the issue of some kind of compensation and so forth. I would say, on the contrary, that we should demand compensation from them, since during their time as republics in the Soviet Union, and in the Russian Empire, everything that was built in Estonia and Latvia was built with our money," the lawmaker told Sputnik.

Moreover, Zatulin urged the region's politicians to turn their attention to more pressing problems, such as the catastrophic decline in the Baltic countries' populations. Estonia's population, for example, has dropped 17 percent over the past quarter-century.