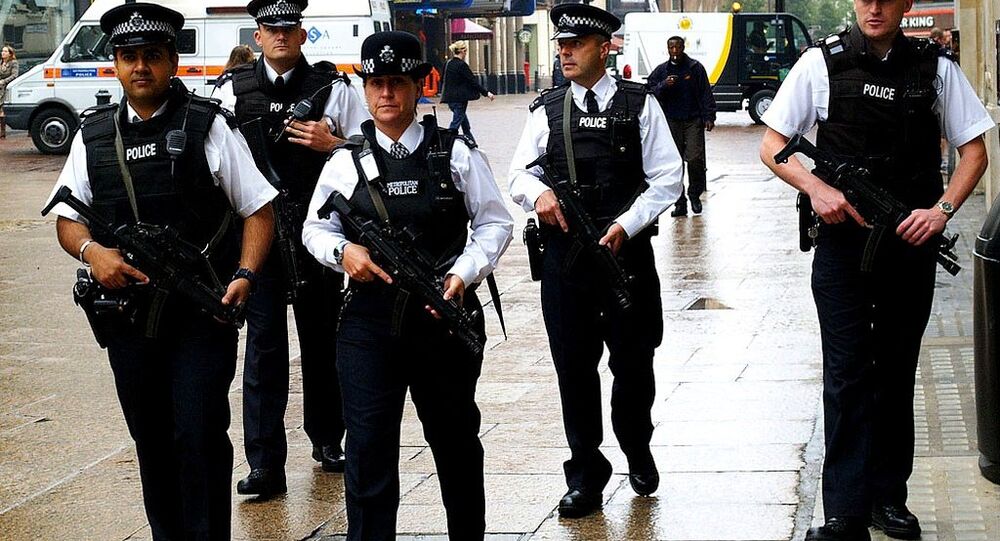 During her time as Home Secretary, Theresa May vowed to reform the practice to make it less biased. However, now racial minorities are finding themselves targeted more than before her tenure.

The police practice of stop-and-search (often referred to as "stop and frisk" in the US) is becoming increasingly racially biased, despite numerous pledges of reforms, says a joint report cited by the Guardian.

The study was conducted by the London School of Economics, an activist group called the Stopwatch coalition and a center of expertise on drugs and drugs law called Release. It reports that black UK citizens are 8.4 times more likely to be stopped and searched than white people.

This represents a dramatic increase since 2011, when black people were "only" six times more likely to be searched by the police, the report says.

"Grounded in the fictitious narrative that drug use is especially prevalent among black and minority ethnic groups, the current practice of stop and search entertains a racist fantasy," he said, according to Guardian.

"It selectively criminalizes black people and those from other minority groups for offences that are largely ignored in other contexts. Whatever the intention might be, stop and search is a driver of discrimination," he added.

© REUTERS / Peter Nicholls
New Data on UK Police's Excessive Use of Force Not Shocking Revelation - Pundit
Theresa May's measures to "reform" the stop and search practice did manage to reduce the number of overall cases by 75%, the research says, but notes that the reduction was most pronounced among white population.

While black people are almost nine times more likely to be stopped and searched, they are also less likely to be granted an out-of-court disposal, a procedure under UK law where the authorities forgo a court trial and issue a summary fine or a warning when adjudicating crimes which aren't considered serious.

Speaking in defense of the practice, the Home Office's spokesperson noted that latest data indicates the practice delivered the "highest ever stop-to-arrest ratio since 2014," but acknowledged that "nobody should be stopped on the basis of their race or ethnicity."

The spokesperson also announced that the government decided to extend tackling serious violence beyond law enforcement and introduced a new "public health" approach, which involves police, education, local authority and health care professionals "being given a new legal duty to take action to prevent serious violence," the Guardian report says.

Too Young to Drive? UK Police Arrest Child for Joyriding at More Than 100mph