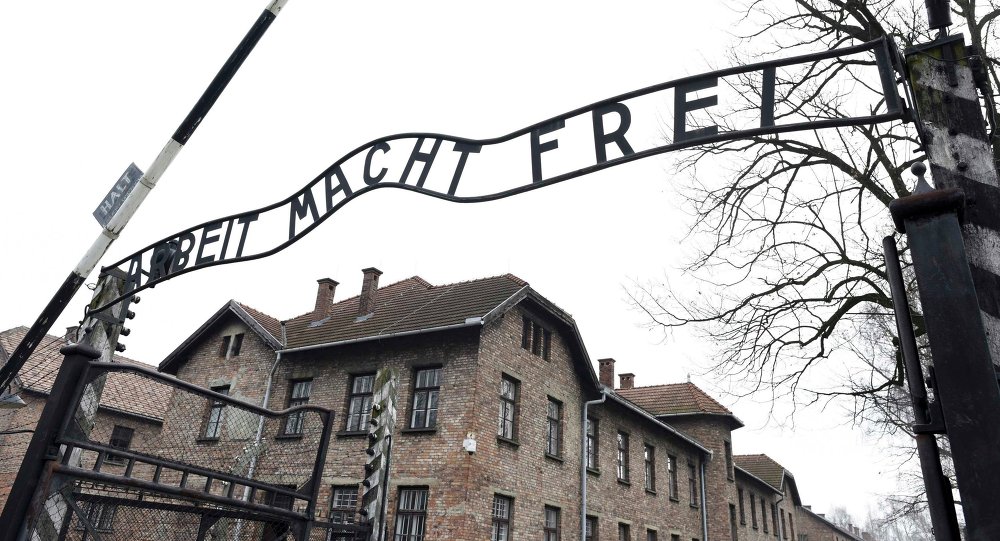 The former death camp, now a museum, located in Poland serves as a reminder of the horrors of the Nazis’ crimes and the hundreds of thousands of murders committed by them. A controversial photo has attracted the attention of the local prosecutor’s office, which is trying to determine who the individuals depicted in it are.

Three unidentified Polish girls have taken a photo of themselves giving Hitler salutes with the former Nazi death camp Auschwitz in the background. The picture was posted on Instagram and soon spread across the social network.

The controversial snap has drawn the attention of the Polish public prosecutor's office, which sees it as a violation of two laws — on propagation of fascism and defilement of a memorial, Auschwitz museum spokesman Bartosz Bartyzel told the news website Wiadomosci.

"Such an attitude shocks and horrifies us, especially when performed in such a tragic place. A place where innocent people were held captive and murdered. Such incidents, despite being a rare occasion, are especially saddening when they involve young people," Bartyzel said.

The case involving the three girls has also drawn the attention of the Center for Monitoring of Racism and Xenophobia. It is currently attempting to determine the identities of the individuals in the photo.

This is not the only incident involving the memorial that has taken place recently. Earlier, an Israeli student stole several artifacts from the museum and later used them in an exhibition at the Faculty of Arts at Beit Berl College.