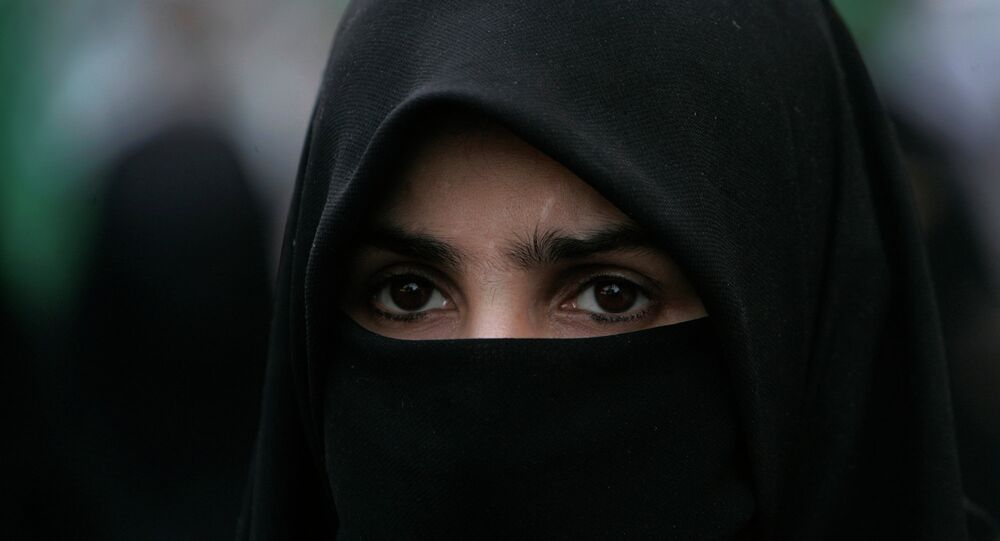 The wife of a British jihadi, who left the UK in 2013 to become an extremist commander, was released from prison in 2016 and has been living on benefits since.

A convicted jihadi wife, who The Sun cannot name for legal reasons, has sued the local authority for breaching her human rights and not rehousing her after she was freed from jail two years ago.

In her High Court lawsuit, she complained that landlords had refused to accommodate her because of her criminal record, although she turned down

© AFP 2020 / OLI SCARFF
Manchester Imam's 'Call for Jihad' Caught on Tape – Reports
council houses. She rejected two one-bedroom houses in 2016, claiming they were too small, and four two-bedroom homes because they were located too far from her family.

The mother-of-two, who lives on benefits, also refused to accept 5,000 pounds from officials for a deposit to purchase her own place, and has been living in hotels for 16 months already, costing the taxpayers tens of thousands of pounds, as she’s been simultaneously conducting her costly lawsuit.

The judge concluded that her human rights had not been violated, although granted her anonymity.

Social media users seemed to be infuriated by the fact that the woman had turned down seven offers when there are so many homeless people on the streets:

theres homeless families living on the streets getting no help.she gets 7 offers of housing and rejects it then she should be on the streets and give 7 homes to people who really need them

No disrespect — she REJECTED 7 OFFERS from the council!!!! Also, those who are still living in temporary (since Grenfell) or squalid conditions should take precedence, surely?

Some users suggested that she be rehoused “somewhere in the Middle East”:

I think we should rehouse her. How about somewhere in the Middle East?

Rehouse her in the Middle East…