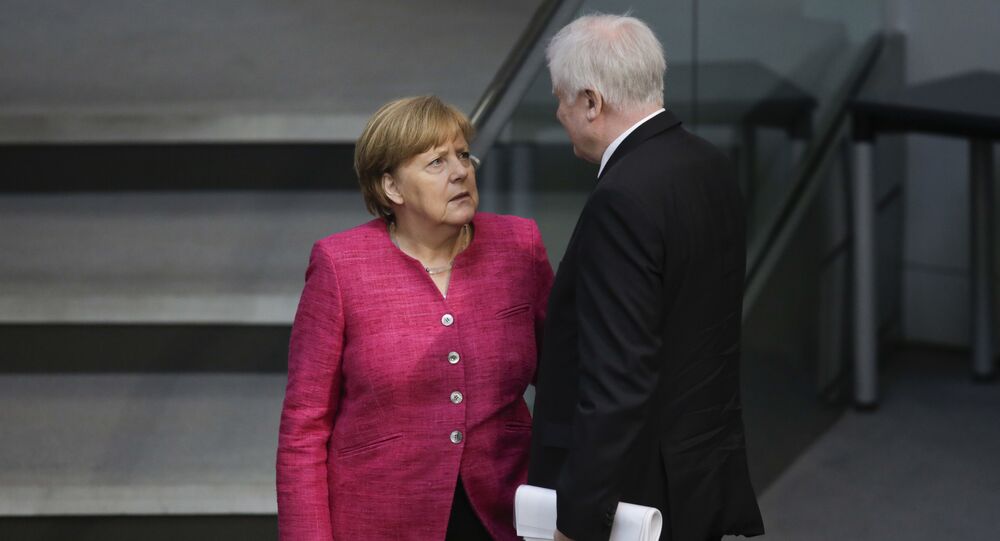 Alternative for Germany (AfD), a party known for its tough stance on immigration, has been calling for an end to the country’s open-door policy since its inception in 2015. Its latest attempt to stop migrant-related crime follows the notorious murder of a German citizen in Chemnitz, allegedly by two Iraqi and Syrian migrants.

A representative of the AfD party in the German Bundestag, Gottfried Curio, has presented a request to the government asking that dissemination be restricted for certain Koranic passages that allegedly allow crimes such as honor killing, forced marriage and physical abuse of women. Curio believes that Islam's key religious book "ideologically legitimizes committing crimes" in its text.

The German lawmaker brought up several quotes from the Koran to prove his point:

"Women are a field for you. Go to them whenever you want […] Allah has cursed the unbelievers and prepared the fire for them to burn […] The unbelievers are the worst of all creatures, worse than cattle."

Based on this, the AfD has requested that the government ban certain provisions of the religious book, claiming that Islam and Sharia are incompatible with the rule of law. Curio claimed that the party's demands do not contradict the German constitution's provision protecting freedom of religion, as that freedom is not an excuse for violating the law with "polygamy, child and forced marriages, honor killings and beheadings."

At the end of his speech, Curio took on German Chancellor Angela Merkel, claiming that she was responsible for the rise in religion-related crimes in the country.

"Daily knife attacks, nightmares for women and Jews, bullying of German students, increasing no-go areas — these things didn't exist prior to Merkel. If Merkel believes that Islam is a part of Germany, then we say: Islam belongs to Merkel, but Merkel no longer belongs to Germany," he said.

Alternative for Germany is a right-wing party that has been opposing Angela Merkel's open door policy, which enabled a major migrant influx from the Middle East, beginning in 2015. The AfD believes that unregistered migrants are behind the increasing levels of crime in German cities. The party supported the anti-migrant protests that took place in Chemnitz in August-September 2018, following the murder of a local carpenter, allegedly by two migrants.

Other Bundestag parties did not take the AfD's suggestion well. CDU politician Patrick Sensburg criticized Curio's request as "sloppy and inaccurate." Sensburg noted that the AfD politician didn't take into consideration that Islam has different forms, but instead groundlessly generalized the religion.

"That would be like telling the AfD: You are all right-wing extremists. That's not the case," he added.

FDP politician Jürgen Martens noted that proving one's point by using a 1,500-year-old book is not the best practice. He also recalled several quotes from the Bible, which, according to him, could also appear as calling for misconduct in modern society.

"Thus saith the Lord: Behold, I will bring misfortune in your own house, and will take your wives before your eyes and give them to your neighbor […] If a man lies with a male as with a woman, both of them have committed an abomination; they shall be put to death," the lawmaker cited.

A representative of the Left Party in the Bundestag, Friedrich Straetmanns, recalled that over the past 20 years, numerous unconstitutional Muslim groups had been uncovered and dissolved successfully using the existing legislation. He also blasted the AfD's claims that their request is legitimate, reminding them that the fourth article of the German constitution declares that freedom of religion is an inalienable right.

Following an hour-long debate, the AfD's request was redirected to the Bundestag's Legal Committee for further examination. The right-wing party itself assured that it will continue to raise the issue of Islam in the Bundestag.