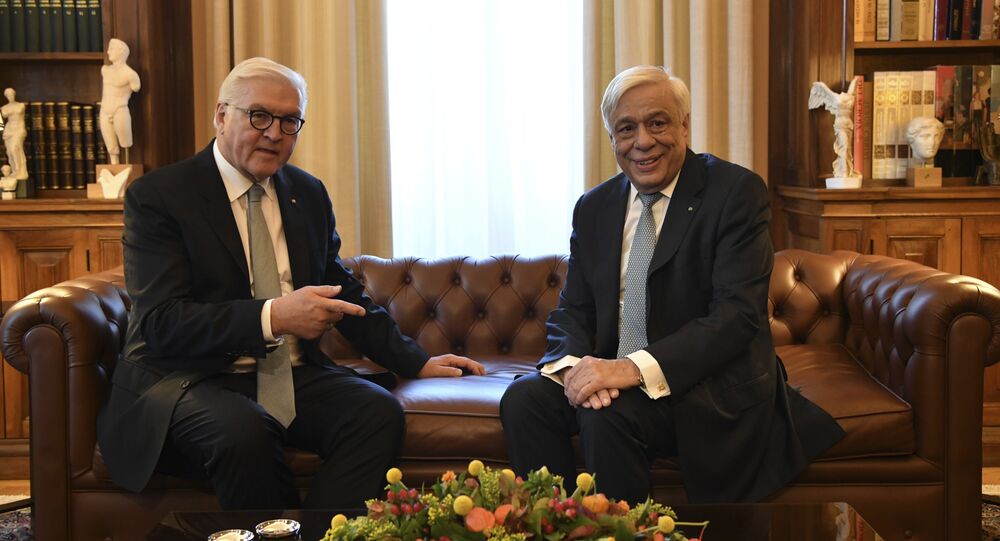 "Greece is lodging demands that concern the occupation loan and the compensations related to the occupation period that we consider legally valid and subject to prosecution," Pavlopoulos said, as quoted by his press service, at a dinner timed to Steinmeier’s visit to Greece on Thursday.

Pavlopoulos also thanked his German counterpart for supporting Greece during its economic crisis and called him a friend of Athens. The Greek president noted the need for joint work to counter populism that threatened to undermine Europe.

On Thursday, Steinmeier apologized for Nazi crimes against the Greek population during WWII.

Greece is seeking repatriations from Germany due to occupation by the Nazi forces in 1941-1944 which resulted in a major damage to Greek infrastructure, as well as loss of life. Moreover, Athens wants Berlin to compensate the forced loan Greece had to contract to fund Nazi campaigns.

Germany refuses to meet Greek demands saying it had fulfilled its obligations by paying out war repatriations back in 1960.

According to media reports, Greek leadership has been seeking to renew the country’s demands for compensations from Germany after Athens successfully completed its IMF bailout program, with international creditors including Germany, in August.