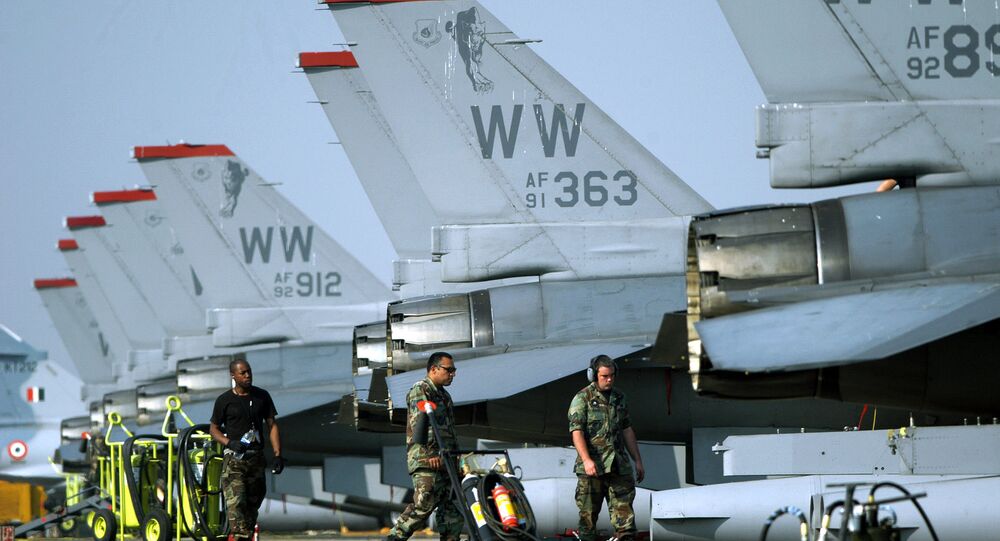 BRUSSELS (Sputnik) – A fire at an airbase in Belgium, which resulted in the destruction of an F-16 Fighting Falcon jet, might have been caused by a personnel member who had opened fire from a fighter, located at the same maintenance area, by mistake, local media reported.

As a result of this accidental firing, the F-16 fighter, filled with kerosene, had exploded, the RTL Info broadcaster reported. "We can assume that there has been a human error or a technical fault. In any case, we have not been informed about an intentional act," Boris Morenville, the head of the SLPF Defense trade union said, as quoted by the broadcaster.

© Sputnik / Anton Denisov
Loud F-16 Test Sparks Fears of Explosion in Turkish Capital
One person, who had sustained hearing damage due to the incident, had been hospitalized, Didier Di Giovanni, serving at the Florennes base, said, as quoted by RTL Info.

On Thursday, the Belgian Air Force said that the F-16 fighter had burned in a fire during maintenance at a base in the Belgian municipality of Florenne while another aircraft had sustained collateral damage. The activities at the base had been suspended until Friday, the reports suggested, adding that a federal inquiry into the incident had been launched.

The broadcaster noted that a new F-16 cost 40 million euros ($46.3 million) so the destruction of the aircraft represented a significant loss for the Belgian Armed Forces.