BERLIN (Sputnik) - German Interior Minister Horst Seehofer claimed on Thursday that facts likely suggested that the Russian military intelligence service was involved in a series of alleged cyberattacks across Europe, however, the minister did not specify what sources provided such information.

"We believe that facts and analytical information likely point to the fact that the military [intelligence service] GRU is the source [of the attacks]. I ask for your understanding given the fact that we are not going to make public the sources that led us to these facts and conclusions," Seehofer said.

On October 4, the United Kingdom claimed that the Russian military's Main Intelligence Directorate was "almost certainly" responsible for a series of cyberattacks targeting political institutions, media outlets, and companies across the world. 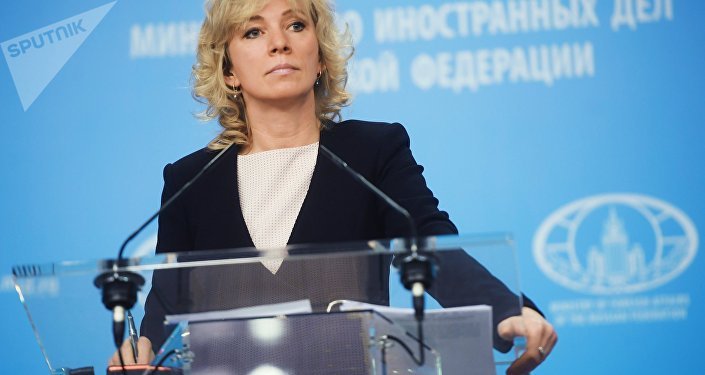 © Sputnik / Eugene Odinokov
Russian Foreign Ministry Spokeswoman Says New Claims About Boshirov Aim to Distract Public From Events in Salisbury
On the same day, the Dutch Defense Ministry claimed that Russian intelligence services had diverted a cyberattack against the Organization for the Prohibition of Chemical Weapons (OPCW), whose headquarters are situated in the Dutch city of Hague, allegedly attempted by four Russian citizens holding diplomatic passports.

The Russian Foreign Ministry refuted the allegations, saying that the claims were a part of yet another act of propaganda and that "anti-Russia spy mania campaign" negatively affected bilateral relations.

Canada and the United States later joined the allegations against GRU, accusing seven Russian military intelligence officials of targeting with cyberattacks the US electoral system, a US nuclear power company, and anti-doping agencies.

Russian Deputy Foreign Minister Sergei Ryabkov said that Washington "poisoned" the relations between the two countries with those allegations.