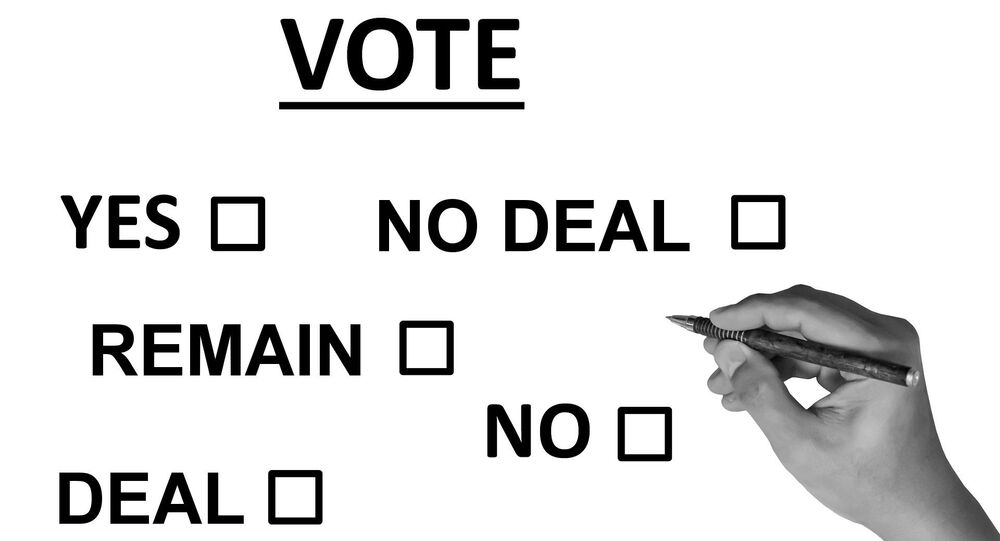 If 2nd Brexit Referendum Takes Place, This is How It's Gonna Go Down

In the British system anything is possible given the political will, the Director of the Constitution Unit at the University College London (UCL) is convinced.

Less than six months before the UK's exit from the European Union, there is still no method in the Brexit madness. What is certain at the moment — is that nothing, no scenario actually is.

Even though rumors coming from the halls of Westminster and the EU headquarters in Brussels indicate that a divorce deal with Britain is "very close," nothing is certain but death and taxes.

Given that a deal can be concluded with the EU, British Prime Minister Theresa May must still get the approval of the UK parliament for whatever agreement she manages to strike with the EU27. 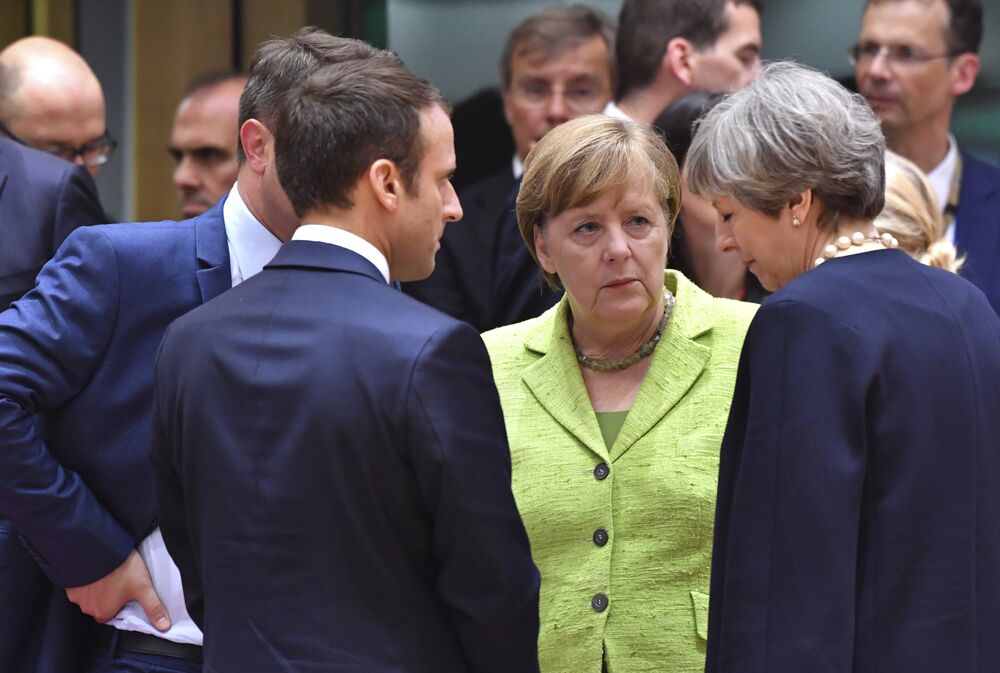 In line with the provisions of the EU (Withdrawal) Act 2018, the UK parliament has a fixed and influential role in ratifying the deal. So if the government loses a vote in the House of Commons, it will be prevented from ratifying the deal with the EU. This set of events means chances of "no deal" will skyrocket.

It won't be easy for Mrs. May to enlist support of the majority in the House of Commons.

Her own government is dependent on the coalition with the Democratic Unionist Party of Northern Ireland, forged during the 2017 snap election, when Tories failed to secure a majority. The DUP have vowed to vote down a Brexit deal that results in creation of a "border of any kind."

Also to be considered is of course the opposition by the Labour party. Its leader, Jeremy Corbyn, made continued membership of the EU's customs union his price for backing any final Brexit agreement struck by the PM. Given that negotiations will unlikely result in such arrangement, Labour MPs are expected to vote down the deal when it gets to the parliament.

With the parliament so divided on the nature of the deal, proponents of a second referendum argue the public should decide whether or not to accept the deal the government has negotiated with Brussels.

A new referendum on the deal is possible, and its constitutional and legal details, as well as the timeline and the format of the question have been outlined by a new report titled 'The Mechanics of a Further Referendum on Brexit' by the UCL Constitution Unit.

"In the British system anything is possible given the political will. The current level of interest in a further referendum on Brexit makes it vital that serious consideration is given to all possible scenarios, including which would work best and which would be most problematic. As events remain unpredictable, and may unfold quickly, it is possible that politicians will need to take rapid decisions, and we hope that our report can guide sensible and responsible decision-making," co-author Professor Meg Russell, Director of the Constitution Unit, said.

According to the report, the timeframe for holding a second referendum is highly dependent on the willingness of all sides to make it work, with the total time to stage the vote adding up to 22 weeks. However, if there is disagreement on the matter in the parliament, the timeframe becomes uncertain and fluid.

In turn the EU may agree to extend the Article 50 in order to let the referendum take place before Britain's exit from the bloc. Provided the extension is confirmed there are still obstacles on the way, such as the European Parliament elections, scheduled for 23-26 May 2019. Given the prospect of Brexit, Britain wouldn't take part in these elections, but if Article 50 was extended — the UK could be legally obliged to hold them, said the report.

When it comes down to scenarios through which a referendum could be triggered either on the government's initiative or against its wishes, the authors listed five projections:

The report has outlined three viable approaches to posing the question in the second Brexit referendum, considering there are options of a single yes/no question, single two-option question, multi-option referendum or two-stage referendum.

Given the listed scenarios and format of questions, the authors have outlined five timetables of events.

Co-author of the paper, Dr. Alan Renwick, Deputy Director of the Constitution Unit explained that since the principle of a second referendum on Brexit is likely to remain controversial, it is essential its process and implementation command maximum legitimacy.

"If the result is to be accepted by those on all sides, every effort should be made to ensure the referendum campaign is fair, the poll is properly conducted, the options put to the referendum are clear, and the question allows voters to express their preferences unambiguously," Dr. Renwick added.

The UK is set to leave the European Union on March 29, 2019. Before that moment comes, the sequence of events leading up to the deadline can take any shape and form, given the volatility of the situation.