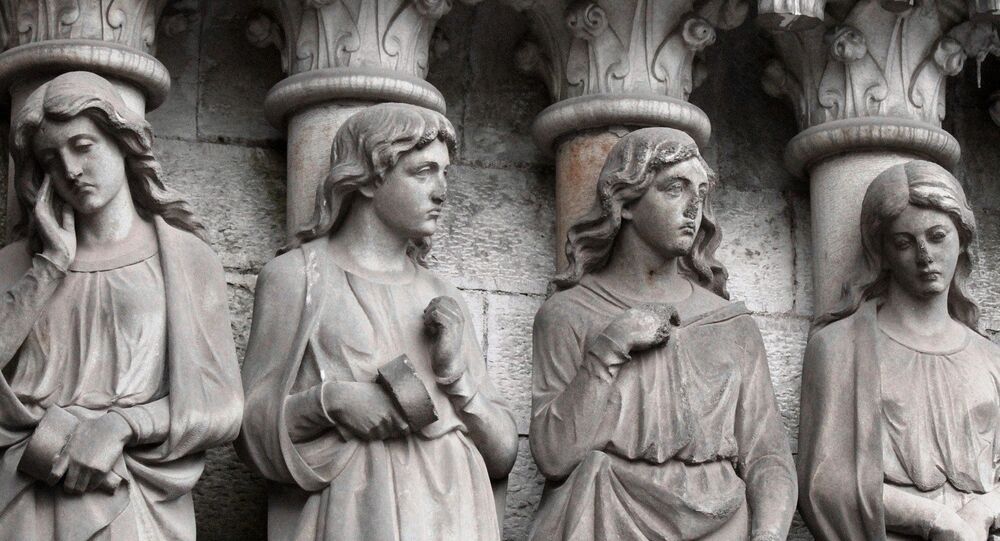 Pope Francis says Satan is responsible for the sexual abuse crisis and is asking Catholics to pray every day to God to combat the devil's behavior. In a recent prayer, the head of the Church asked St. Michael the Archangel to "defend us in battle."

"St. Michael the Archangel, defend us in battle. Be our defense against the wickedness and snares of the devil."

May the Holy Spirit grant us the grace of conversion and the interior anointing needed to express before crimes of abuse our compunction and our resolve courageously to combat them. https://t.co/3CDnYUBLid

In a letter, Pope Francis called for "solidarity" to fight "all forms of corruption, especially spiritual corruption," and the Catholic Church must "be able to acknowledge and condemn, with sorrow and shame, the atrocities perpetrated by consecrated persons, clerics, and all those entrusted with the mission of watching over and caring for those most vulnerable."

#PopeFrancis has decided to invite all the faithful to pray the #HolyRosary every day, during the entire Marian month of #October, in asking the Holy Mother of #God and Saint Michael Archangel to protect the #Church from the devil. pic.twitter.com/O9ATTnzeVV

​Rome's October summit of Bishops from around the world is focusing on "Young People, Faith and Vocational Discernment" at a time when the Church is racked with sexual abuse scandals from countries around the world, including Pennsylvania where a report reveals seven decades of abuse of more than 1000 victims in the US.

Meanwhile the Archbishop of Malta, Charles Scicluna told a press briefing in the Vatican, bishops are not just accountable to God but to their people.

"I think that is the moment where we need to put on the agenda not only the question of prevention but also of accountability," Archbishop Scicluna told reporters.

“I think that is the moment where we need to put on the agenda not only the question of prevention but also of accountability,” Archbishop Scicluna told reporters https://t.co/DQ3YGOGnkQ

Abuse survivors accuse the Vatican of turning a blind eye to child abuse when priests suspected of being abusers were moved by Bishops into new parishes instead of being reported to the police. Archbishop Charles Scicluna, once the Vatican's sex crimes prosecutor, is calling for the issue of sex abuse within the Catholic Church to be on the agenda of the Pope's summit in February 2019.

"We need to put on the agenda not only the question of prevention, but also accountability," Maltese Archbishop Charles Scicluna said. https://t.co/Vxh23R1Wq9

And allegations of sexual abuse of children by Catholic clergy continue to plague the Church with the latest cases in Germany described as "the tip of the iceberg" by Germany's justice minister.

An investigation into the German Catholic Church has unearthed details of 3,677 cases of sexual abuse of children, mainly boys, between 1946 and 2014. Around 1670 clerics, predominantly priests are implicated.