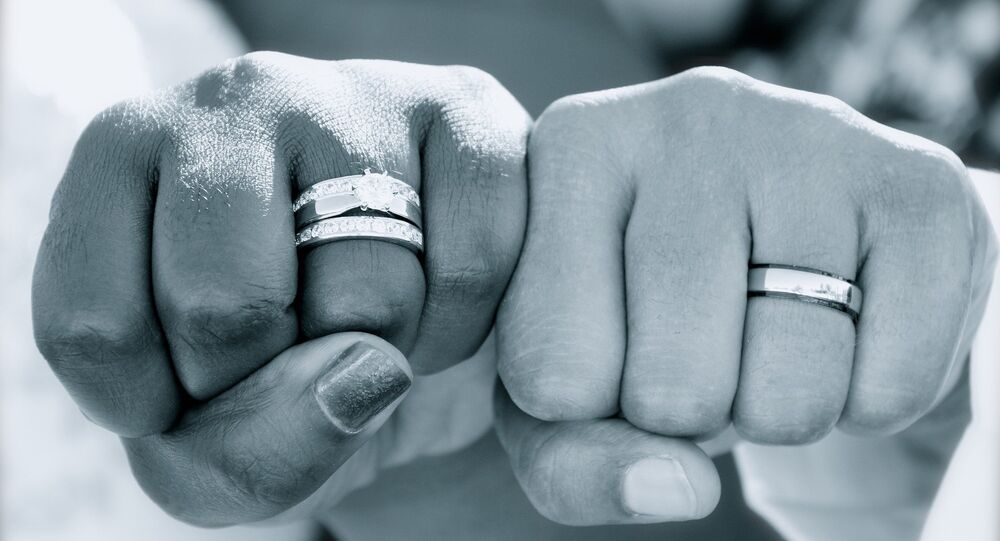 Immigrant pupils who don't return to school after the summer vacation may have been married off, Swedish authorities and NGOs warn, citing the absence of goal-oriented efforts to weed out this problem.

The number of calls to a hotline reporting child marriages and kidnapping with intent to marry off kids has increased from 61 in 2014 to 165 cases so far in 2018, Swedish Radio reported. The true extent of the problem nationwide remains largely unknown, however, as no organization is currently in charge of compiling statistics about missing young people.

The authorities in Sweden's second-largest city of Gothenburg suspect that at least some of the children who didn't show up after the vacation period have been effectively married off in their parents' home countries.

Christina Malmqvist, an expert at the National Competency Team, argued that the true number of unreported cases greatly exceeds that of the calls to the support center.

"Many people try and deal with this without calling us, I believe far more are exposed," Malmqvist told Swedish Radio.

Azam Qarai, spokesperson for the NGO Women's Network, called for a comprehensive nationwide mapping of missing pupils to be able to analyze the data and do whatever possible to prevent this from happening.

According to Education Minister and Green Party spokesman Gustav Fridolin, the Swedish government has this year invested in tightening measures against schoolchildren "disappearing" from the radar. Among other things, school principals were urged to report absences. According to Fridolin, this will help determine long-term absences and set up a basis for a national survey.

Katarina Idegård, Gothenburg City coordinator against honor-related violence and oppression, stressed that the collected statistics are often difficult to interpret, as even if schools gather data on missing students, they are most often unable to determine the reason for the absences.

In 2014, at least 100,000 young people under the age of 25 were living under so-called honor-related oppression in Sweden, according to the government's then-coordinator for family violence. While child marriage is strictly forbidden according to Swedish law, a 2016 survey by the Swedish Migration Board counted at least 132 cases of child marriage as a result of the 2015 migrant crisis. Katarina Idegård stressed that the extent of the problem is still unknown.

Previously, several Swedish authorities and media outlets called on girls at risk of being married off to put a teaspoon in their underwear as a signal to the authorities during airport checks. According to journalist and writer Katerina Janouch, who claimed to have failed to attract the attention of security personnel at Arlanda Airport despite following the "spoon-in-panties" instructions, the trick was no panacea.