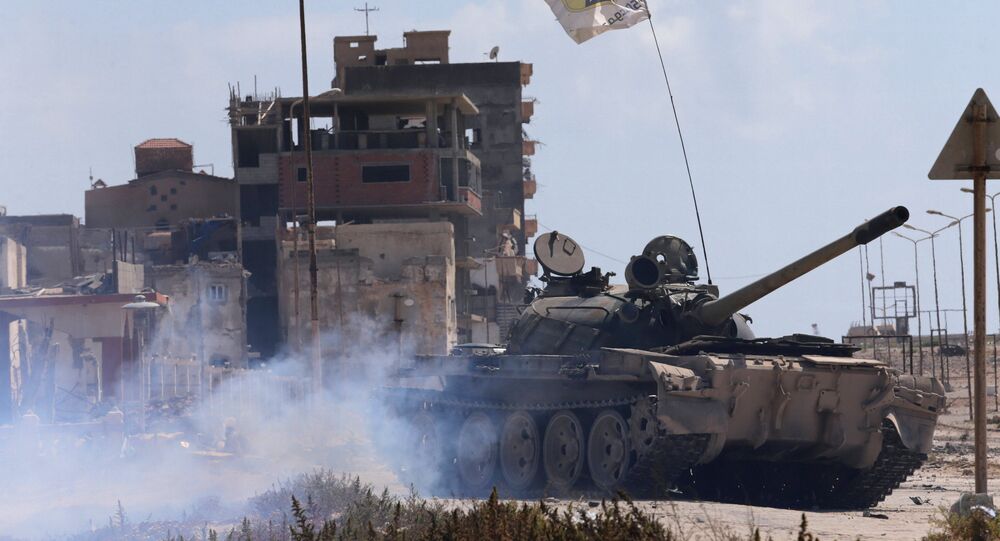 MOSCOW (Sputnik) - UK intelligence agencies have told Prime Minister Theresa May that Russia wanted to "turn Libya into a new Syria" in order to take control of migration flows and flood Europe with refugees, thus increasing its influence on the West, The Sun newspaper reported.

The Sun newspaper alleged, citing a high-ranking source in the British government, that Moscow supported Haftar, "supplying his troops with heavy equipment."

According to the publication, dozens of officers from Russian military intelligence service GRU and its special forces are already deployed in eastern Libya, "initially carrying out training and liaison roles."

The publication also wrote, without providing sources and proof, that "Russia's devastating Kalibr anti-ship missiles and state-of-the-art S-300 air defence missile systems are also now believed to be on the ground in Libya."

"It's is extremely alarming Russia wants to open up a new front against the West in Libya, but it should also come as no surprise. They will without a doubt try to exploit migration routes across Africa," the chairman of the UK parliament's lower house's Foreign Affairs committee, Tom Tugendhat, told the UK government in a statement, as quoted by the publication.

The lack of the single central government and army in Libya resulted in the surge of trafficking activities and the development of militant groups and terror organizations in the country. Libya is also the major gate for migrants from all of the Northern Africa, which attempt to cross the Mediterranean and settle in Europe, which became one of the main reasons of the European migration crisis in recent years.

After long-time leader Muammar Gaddafi was overthrown in 2011, Libya descended into civil war and control of the country is now divided between two rival entities. The UN-recognized Tripoli-based Government of National Accord (GNA) controls the country's western part, while its eastern regions are governed by the elected parliament backed by the Libyan National Army (LNA) led by military commander Khalifa Haftar.