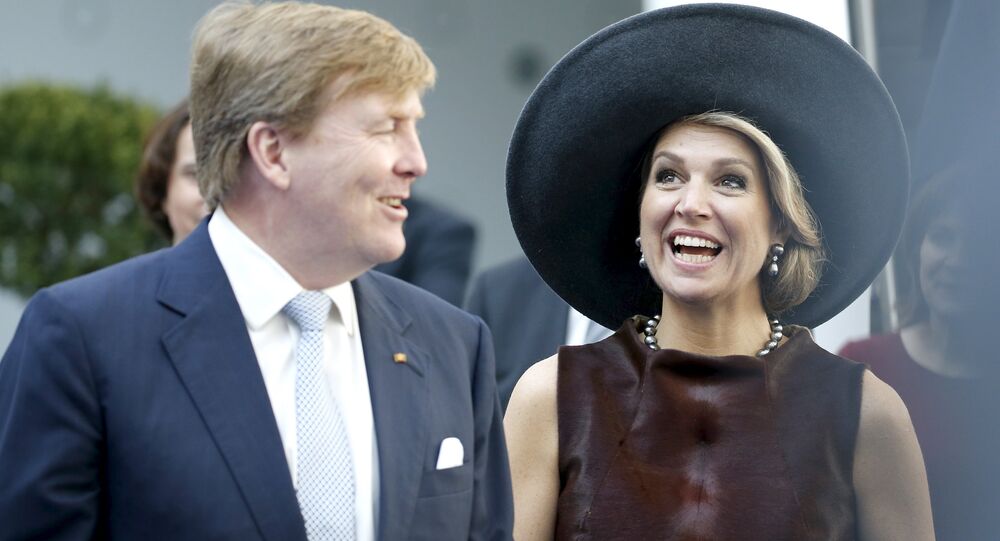 This will be the first visit by a Dutch King to the UK in almost 40 years.

Dutch King Willem-Alexander has weighed in on the UK's troublesome departure from the European Union ahead of a historic state visit to the country.

Speaking to journalists at his Noordeinde Palace in The Hague, the king expressed fears and concerns regarding the future of Europe and trade between the two nations.

The king, who, according to Dutch protocol rules, cannot be quoted, only paraphrased said that while he likes certain aspects of British culture, including Monty Python, he firmly supports the EU's chief Brexit negotiator Michel Barnier.

© Sputnik / Vladimir Vyatkin
Netherlands Responsible For Irreparable Damage in Russia-Dutch Ties - Moscow
He said he had yet to see any evidence of success by the British government in its attempts to go over the head of the EU negotiator to get a better deal from member-states, according to The Guardian, adding that the bastion of Barnier had yet to be breached.

Speaking to journalists, the king also praised Britain's airports, to which he himself co-piloted KLM flights, and kept secret until he confessed back in 2017.

Willem-Alexander gave the interview after Buckingham Palace confirmed that he and his wife, Queen Maxima, would be making a state visit to the UK on October 23 and 24. The two countries are seeking to build bilateral ties anew in preparation for Brexit.

Brexit will reportedly be the focus of the trip, with the royal couple set to meet Dutch citizens concerned about their business perspectives in the UK.

"They will talk with Dutch entrepreneurs, academics and creatives, volunteers from the Dutch community, and Dutch nationals who are concerned about the consequences of Brexit," a Dutch palace official said, according to The Guardian.