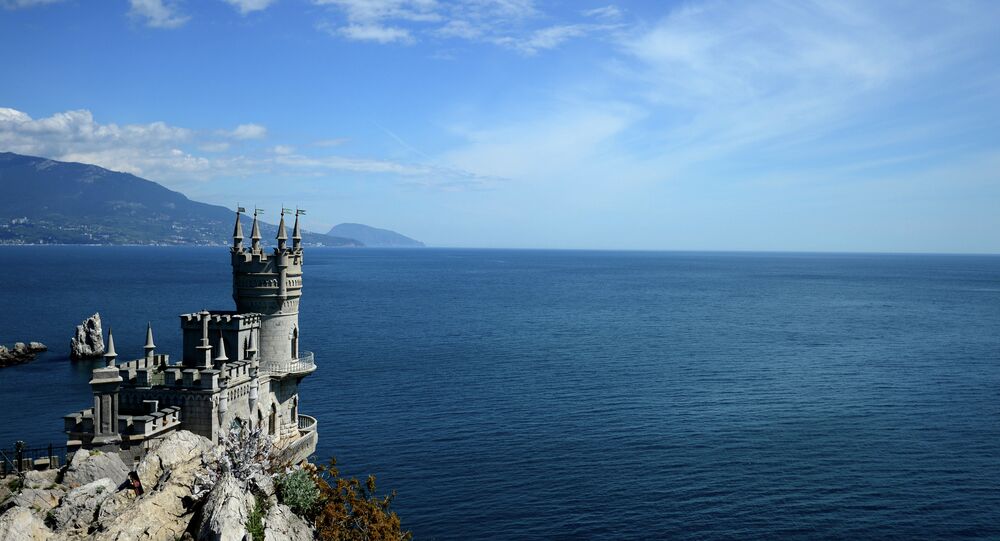 MOSCOW (Sputnik) – Bosnian Serb Milorad Dodik, who according to preliminary results has won a seat in Bosnia’s three-member presidency, said in an interview published Tuesday that he is planning to push recognition of Crimea as Russia’s part by Bosnia and Herzegovina (BiH).

"I will put forward such an initiative, and I intend to achieve recognition of the status of Crimea at the level of Bosnia and Herzegovina. After all, the reunification of the peninsula with Russia was the result of a legitimate referendum, which was in accordance with the UN Charter. It was a democratic process, during which the inhabitants of Crimea expressed their position," Dodik told the Izvestia newspaper.

© AP Photo / ASSOCIATED PRESS
Head of Norway Delegation on Russia's Crimea: Our Position Is Clear and Explicit
Dodik also said that Crimea historically belonged to Russia and was part of it, adding that he wanted to visit the region as soon as possible. He also said that Ukraine needed to concentrate on solving its interior political problems.

"Ukraine now needs to solve domestic political problems and determine its foreign policy, and to understand that the position of Kiev generated by the West has had a negative and detrimental effect on the country. The country needs to start normalizing relations with Russia. In this situation, we are talking more about pressure from Western countries," he stressed.

Dodik also said he would like to meet with Russian President Vladimir Putin before the end of 2018.

"I would like my first meetings in my new position to be held with the presidents of Russia and Serbia — Vladimir Putin and Aleksandar Vucic. I am ready to hold a meeting with the Russian leader before the end of the year. But it is important to bear in mind that not everything depends on me," he noted.

© AP Photo / Susan Walsh
Pompeo: US Will Never Recognize Crimea as Part of Russia
Dodik also said that he would advocate creation of a Russian-Serbian humanitarian center, similar to the one that was operating in Serbia’s city of Nis.

"I would like to note that we are now cooperating closely with Russia in all areas. We are interested, for example, in deliveries of Russian medical equipment, as well as in the construction of a gas liquefaction plant in the territory of Republika Srpska," he added.

Crimea rejoined Russia in 2014, when 97 percent of those participating in the referendum voted for the reunification. Despite this, the vote was not recognized by the majority of the Western countries, including EU member states that subsequently imposed economic and political sanctions on Moscow.

Russian authorities have repeatedly stated that the Crimean residents decided to rejoin Russia following a democratic procedure. Russian President Vladimir Putin has said that the issue of Crimea's territorial belonging was "historically closed."

Meanwhile, Milorad Dodik also said in an interview published Tuesday that he would prevent the accession of Bosnia and Herzegovina to NATO.

"I will never vote for an initiative that supports the country's course to join the alliance. This is my commitment, and it means that Bosnia and Herzegovina will not be able to join this organization… We will not permit joining NATO, as Republika Srpska stands for maintaining neutrality," Dodik told the Izvestia newspaper.

© REUTERS / Ints Kalnins
NATO Could Trigger Article 5 in Event of Alleged Russian Cyberattack - Reports
Dodik also said that he was not against BiH troops’ participation in international missions with a UN mandate.

NATO has been significantly increasing its presence in Eastern Europe after the eruption of the Ukrainian crisis in 2014, using the alleged Russian interference in Ukrainian internal affairs as a pretext. Moscow has repeatedly voiced its protest against the NATO military buildup, saying that it will undermine regional stability and result in a new arms race.

Head of Norway Delegation on Russia's Crimea: Our Position Is Clear and Explicit