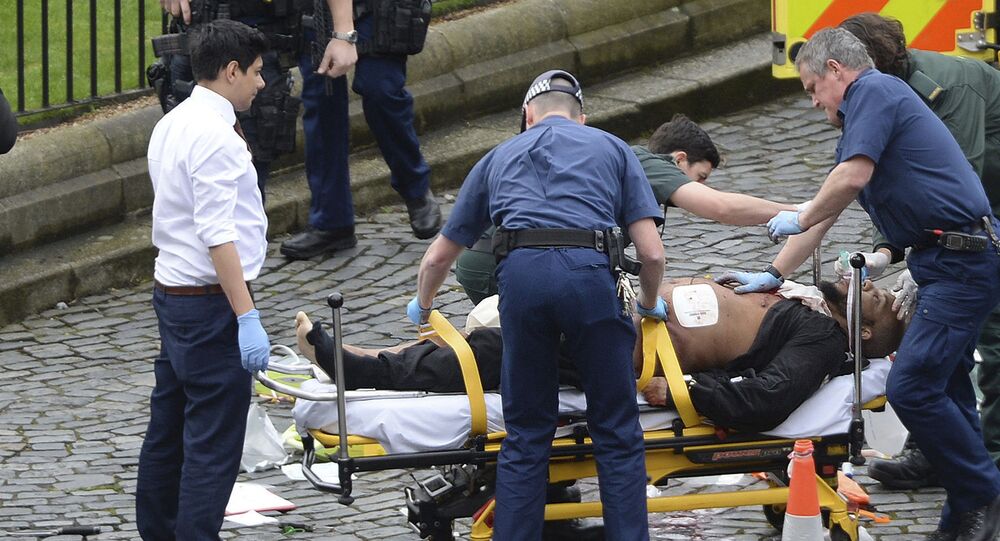 The inquest into the death of a terrorist who attacked the Houses of Parliament in London last year has heard embarrassing details about a police chief. Sir Craig Mackey's actions have been widely lampooned on social media.

Sir Craig Mackey, who was acting Commissioner of the Metropolitan Police at the time of the attack in March 2017, told an inquest how he cowered in a locked car.

"I had no personal protective equipment, no radio, two colleagues with me who were quite traumatised by what they had seen, so we moved out and I began co-ordinating the response you saw. My instinct was not the right response, I was in shirtsleeves, with no radio, I didn't know if the attack was on going," Sir Craig told the inquest into the death of Khalid Masood.

Masood was shot dead by police officers moments after he had stabbed to death PC Keith Palmer, who had been left guarding the gates of the Palace of Westminster without protection from any armed officers.

Sir Craig Mackey, who was awarded th Queen's Police Medal in 2009 & appointed a Knight Bachelor this year, sat & watched from his car as PC Keith Palmer was stabbed to death during th Westminster terror attack because he "was in a short-sleeved shirt with no equipment." pic.twitter.com/PgOho1bqlH

Sir Craig Mackey, who announced in July that he would be retiring in December, was widely condemned on social media for his actions, with many claiming he showed cowardice and lack of leadership.

Sir Craig Mackey, as a senior police officer, not exactly covered himself in glory.

​Sir Craig — who had been meeting the Policing Minister, Brandon Lewis, told the court he heard a "loud bang" as Masood's car smashed into the barrier near Big Ben and then saw him sprint towards the gate, where he was confronted by PC Palmer.

"[Masood] had one of those looks that they were coming after you, he seemed absolutely focused on coming and getting anyone who got in his way. I was absolutely concerned for any individual that got in his way," said Sir Craig.

"It may seem obvious that had you not locked the car and had you go out would have presented yourself as a further target?" asked Hugo Keith QC, for the Metropolitan Police.

"Yes, anyone who got in his way would have been a target," replied Sir Craig.

What a coward. Sir Craig Mackey acting chief superintendant locked himself and others in car at Westminster bcos he didnt have protection. Left his PC to be stabbed. We had an MP and pedestrians running to help. He should be sacked. #login

​Last week a separate inquest, sitting at the Old Bailey, was shown still images from CCTV cameras of the terrifying moments when Masood mounted the pavement in a rented Hyundai Tucson and struck innocent tourists and Londoners as they went about their business.

Anyone with any questions about the actions of Sir Craig Mackey should use the George Medal citation for Constable Charlie Guenigault as a reference point:https://t.co/2YAg7CMPar

​Kurt Cochran, 54, from Utah in the United States, who was celebrating his wedding anniversary with his wife Melissa, was hurled over the parapet and suffered fatal head injuries.

Andreea Cristea, 31, an interior designer from Romania, who was visiting London with her boyfriend, was flicked into the river Thames and was fished out eight minutes later.

The inquest into Masood's death is expected to include evidence from MI5 agents about why they did not consider the Muslim extremist a threat.

‘He Would Never Back Away': Inquest Told Of Policeman Stabbed At UK Parliament