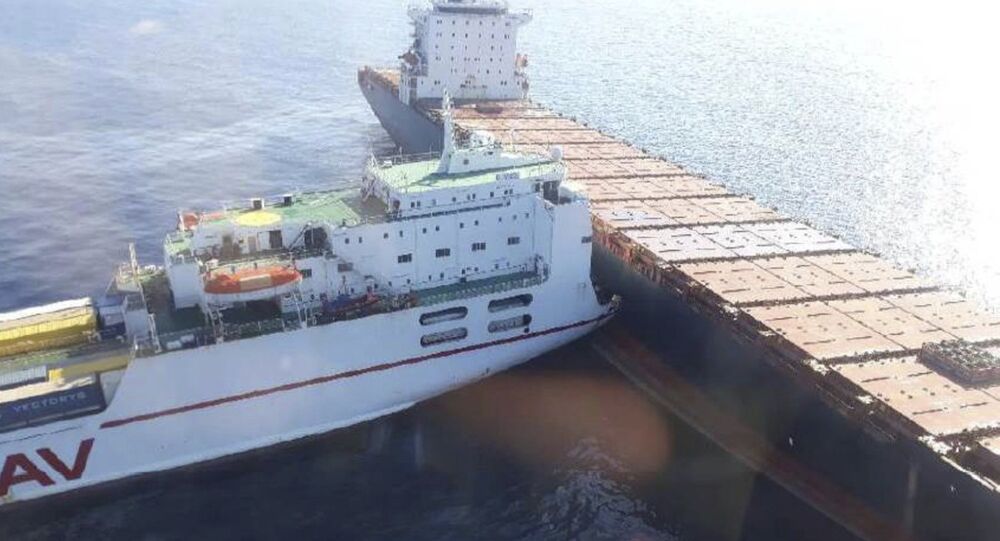 A Tunisian transport vessel and a Cypriot container ship have collided in the Mediterranean, causing a fuel spill and heightening fears of an environmental disaster.

The incident occurred on Sunday near the French island of Corsica. Although there were no injuries, fuel spilled into the sea.

"The collision caused considerable damage, with an opening several meters long in the CLS Virginia's hull," according to the regional naval authority.

"The pollution belt, with a width of 300 meters and a length of less than one kilometer, is almost stable," said the maritime prefecture of the French city of Toulon.

France, Monaco and Italy have already begun to deal with the consequences of the accident, and a special-purpose vessel has been sent to the area of the spill, which will begin an operation to clean up the pollution.