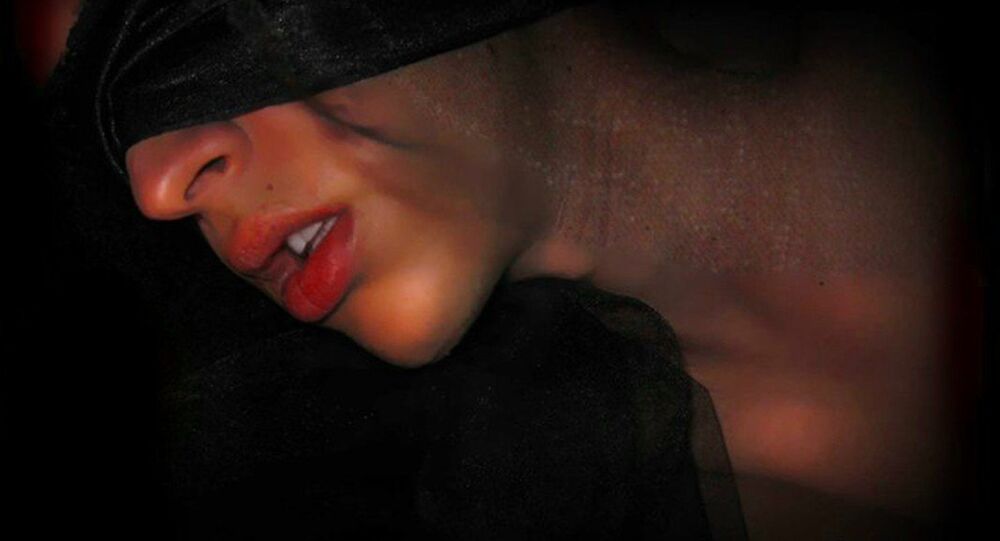 After hooking up with four men in London on the dating app Tinder while posing as a woman, Duarte Xavier tricked them into having sex while blindfolded. After one encounter Xavier sent a message to his victim saying: "I got a mental health problem, sorry."

On Friday, October 5, at Kingston Crown court in London, Xavier was convicted of six counts of causing a male aged 13 or over to engage in penetrative sexual activity over a two year period.

The court heard Xavier would pose as Ana on online dating websites and apps including Craigslist and Lovoo and enter into sexually explicit conversations to men who thought they were talking to a woman.

Eventually Ana would agreed to meet for sex but only on a series of conditions, including that the men must wear a blindfold throughout and must not touch "her".

© Photo : Metropolitan Police
Duarte Xavier, who faces jail after tricking four men into having sex while they were blindfolded

Duarte Xavier, 33, who tricked four men into having sex with him by pretending to be female, has been convicted of six counts of causing a person to engage in sexual activity without consent. https://t.co/aLHbNPST6E pic.twitter.com/FJNqpESkh7

In February 2016 a 45-year-old man arrived at Ana's apartment in Wandsworth and was given instructions by WhatsApp telling him to come into the bedroom and put on a blindfold.

They began having sex but the victim became suspicious and when he took it off he saw the bearded 34-year-old.

He stormed out and then received a text message from Xavier.

"I got a mental health problem, sorry," he wrote.

The victim was so ashamed he ordered Xavier to delete all of their communications.

"The crimes Xavier committed are unique in their depravity; all of the victims had no reason to believe that they were not engaging with a woman and all have stated unequivocally that they would never have given their consent to sexual relations with another man," said Detective Constable Lucy Marsh.

In October last year a 29-year-old man contacted Ana, who said she was a single female "looking for a bit of fun".

The pair talked over WhatsApp and even had a video call, with the man unaware Xavier was male.

He arrived at Ana's flat and was told to put on the blindfold before "she" performed a sexual act on him.

Again he became suspicious and fled the apartment in disgust.

Claimed It Had All Been A 'Misunderstanding'

Xavier claimed in subsequent text messages that there had been a "misunderstanding".

The man reported the incident to police, who arrested Xavier but released him pending further investigation.

Despite this he conducted another attack in April this year.

This time a 26-year-old man agreed to have sex with Ana, who told him she had to keep her identity secret became she was married.

Again Xavier was discovered as he performed a sexual act.

When the victim threatened to contact the police, Xavier claimed he would make a counter-allegation.

One Victim Had Never Realized It Was NOT a Woman

But the man went ahead and called police, who arrested and charged Xavier and examined his cellphones, at which point they identified the fourth victim, a 29-year-old man who had been tricked into having sex in a park in December 2016.

In that case the victim was not even aware when he left that the person he had sex with was a man.

"Xavier has demonstrated extreme manipulation and cunning in order to satisfy his own sexual gratification, setting bizarre conditions that the victims adhered to in the belief that they were part of the experience. He is a sexual predator," said Det. Con. Marsh, who said she feared he had claimed other victims.

Xavier was remanded in custody and will be sentenced next month.