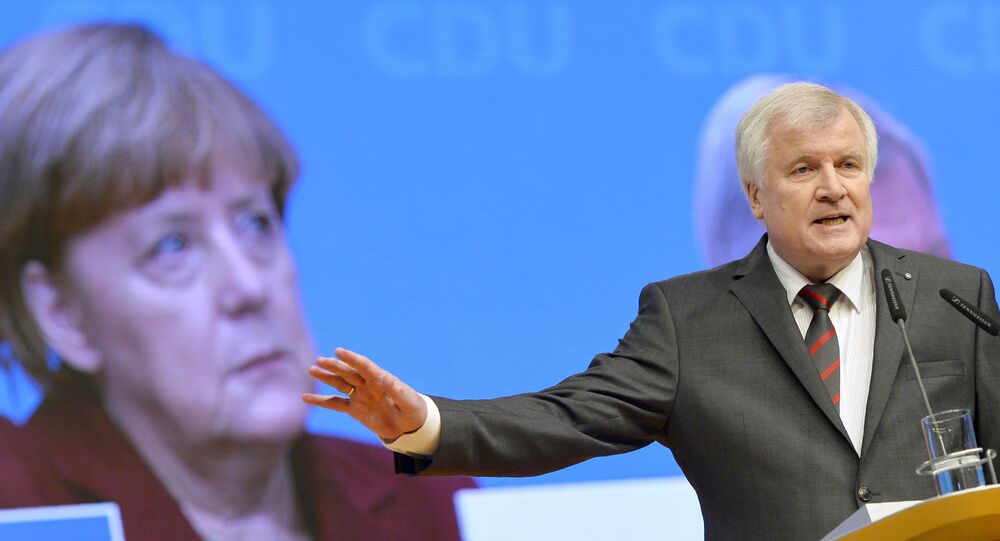 MOSCOW (Sputnik) - The support for German Chancellor Angela Merkel's Bavarian ally, the Christian Social Union (CSU), fell to a record low ahead of the election to the Bavarian parliament, a poll conducted for the ARD TV channel revealed on Friday.

According to an Infratest dimap institute the poll for the ARD TV broadcaster, the party's support in Bavaria fell from 35 percent in September to 33 percent; in the last election in September 2013, the CSU secured 47.7 percent of the vote to get 101 of the Landtag's 180 seats.

This month's support for the Social Democratic Party (SPD) remained at 11 percent, also the lowest it has ever been.

© AP Photo / Geir Moulson
AfD Becomes 2nd Most Popular Party in Germany After Merkel's Conservative Bloc - Poll
The Greens were ranked second in the poll, seeing their support soar to a new high of 18 percent. The Free Voters of Bavaria (FW) also managed to improve their rating to a record 11 percent. The right-wing Alternative for Germany (AfD) was supported by 10 percent of Bavarians, the poll revealed.

The pollster noted that more than half of the respondents (52 percent) stated that they were not satisfied with the work of the federal government.

In addition, the overwhelming majority of respondents (71 percent) believed that the CSU should form a coalition with some other party.

The survey was conducted on October 1-2 among 1,002 Bavarian adults. The margin of error is below 3.1 percent.

The election to the Landtag of Bavaria will be held on October 14.