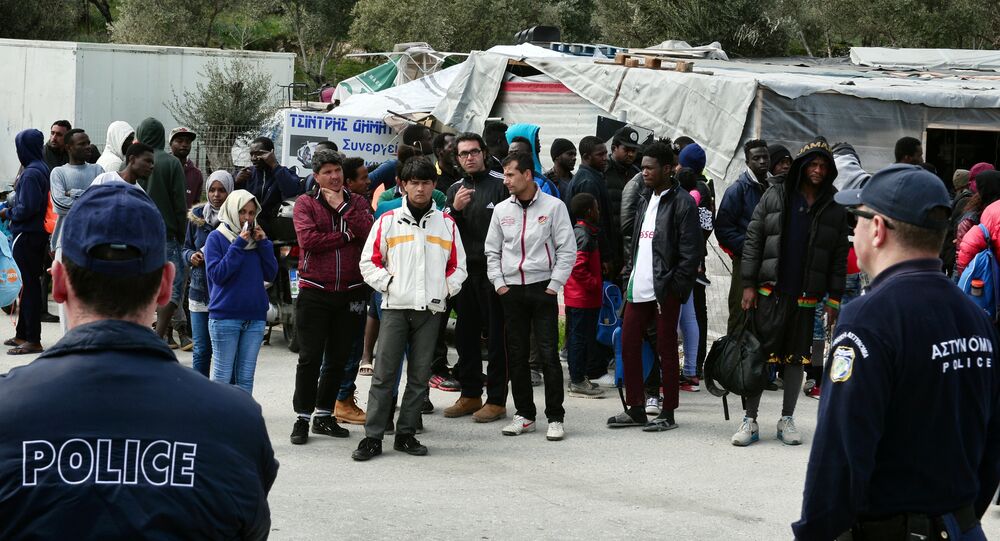 Populist politicians have long warned that Europe’s open-door migrant policy is likely to expose the continent to a new wave of extremists and terrorists, urging Brussels to stem the flow of refugees into the continent.

Greek authorities have stepped up their efforts to deport terrorists “posing as refugees” from a Greek migrant camp, tackling a network of Daesh* recruiters who infiltrated the camp to hire migrants to launch attacks across Europe.

Police are working tirelessly to identify and deport “baddies” from the Moria camp on the Island of Lesbos, acting on intelligence reports of terrorists infiltrating to Europe via popular migration routes.

“Suspected ‘baddies’ or people linked to them have entered the country, posing as refugees. But we’ve managed to arrest and deport them to Turkey. And we will continue to do so,” a senior police chief said on Wednesday.

© AP Photo / Bernd Thissen
German Police Suspect Terror Plot, Large Amount of Toxin Found in Migrant's Flat
Analysts have warned that Daesh and other Islamic terror groups are likely to seek to launch more attacks on European soil as they suffer territorial setbacks in Syria and Iraq, stressing the need for close cooperation between intelligence agencies to foil terror plots and stop extremists from gaining access to Europe.

The police official said they have “people on the ground” gathering intel on suspects, and, according to estimates, some 120 Daesh suspects have been deported from the migrant camp in the past two years.

“Information is continuously flowing in from European policing agencies and global intelligence services, and we have several people on the ground and many mechanisms running checks on suspects.”

Over the same period, close to 1,000 refugees have been arrested in the Moria camp for non-terror related crimes, including drug dealing, assault and smuggling forged passports, according to police statistics