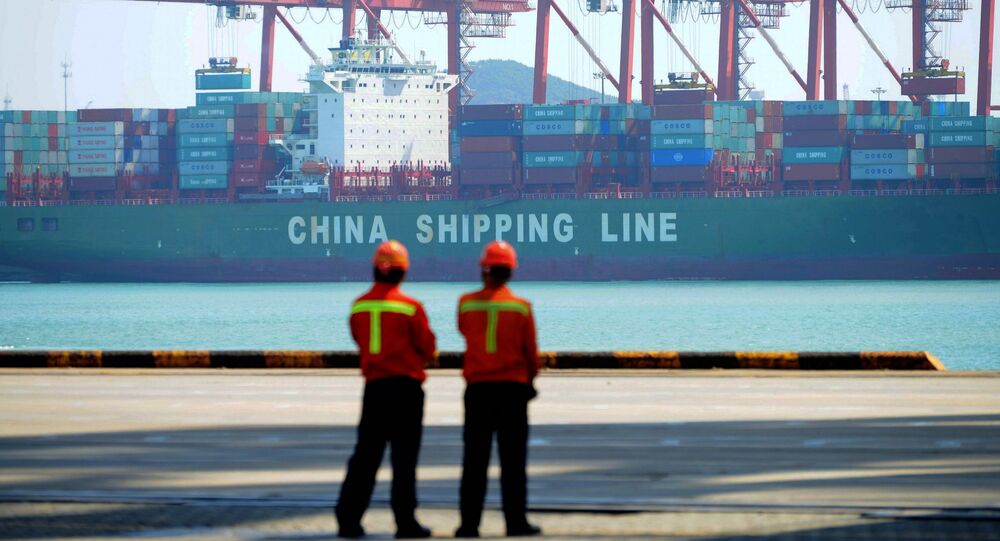 Italy Turning to Beijing as EU Pushes Back on Chinese Investments

The Italian coalition government is looking to expand its cooperation with China, marking a significant turn from the previous administration's policy, according to a senior government official.

According to Michele Geraci, undersecretary at Italy's Ministry for Economic Development, Rome and Beijing are working on a memorandum of understanding to attract more Chinese investment to sectors such as railways, airlines, space and culture as part of the large-scale Belt and Road initiative.

The memorandum, which is expected to be signed by year-end, may involve Alitalia, the bankrupt Italian flagship carrier that had its headquarters raided in May.

"We are very different from the previous government on China," Michele Geraci said, as cited by Bloomberg. "We are trying not to ignore China as has been done in the past."

"We are trying to see how Italy can be the leading European Union partner in the Belt and Road Initiative," he added, insisting that his country's "crucial position" will interest China, which is on the lookout for a big European partner.

The Five Star movement and Lega, two Italian parties that formed a new coalition government this May, have campaigned on a Eurosceptic, anti-establishment platform. Italy's new administration and its Interior Minister Matteo Salvini, in particular, have already drawn the ire of fellow EU members by their refusal to take in asylum seekers from across the Mediterranean and their push for a review of the EU fiscal rules.

Now that China's capital inflow is in question, Italy doesn't want to pursue the common foreign investment screening policy. "We have 28 different economies with 28 different interests," Geraci said. Rather, Italy will seek to do business with China "within the scope of our existing alliances with the EU, with NATO," he said.

The flow of Chinese investments into Italy will constitute part of its evolving Belt and Road initiative, first introduced by President Xi in 2013. This is a development strategy that combines a land-based Silk Road Economic Belt, an ocean-based Maritime Silk Road, and other transportation corridors and logistics hubs stretching from the South Pacific through Asia to Africa and the Middle East.

The Chinese government has praised the initiative as a means to connect remote economies and drive renewed prosperity; however, some critics claim that the strategy aims to expand Beijing's sphere of influence by making some countries heavily indebted to China.

Geraci claims that his country won't fall into China's debt trap. "Our European friends already have a lot of Italian debt, we don't need to worry about China, it's the European Central Bank that has Italian debt," the official said. "The size of the Italian economy saves us from this debt trap."

Euro is Our Currency, It's Non-Negotiable For Us - Italy's PM