Earlier, the Treasury minister insisted that the government was not set to make budget cuts to councils across Britain, saying, “We are not making cuts to local authorities”, insisting the new system will give councils “more revenue raising powers” and flexibility.

Warning that councils are on a “financial cliff edge”, the Labour Party’s local government spokesperson, Andrew Gwynne, slammed the Tories’ proposals, and Truss for creating confusion.

“This shows she’s either totally innumerate or completely inept. Councils of all political persuasions are edging towards the financial cliff edge, and it’s a Tory Council, Northamptonshire, that’s the first to go bump on their watch, with others not far behind,” Gwynne said on Wednesday. 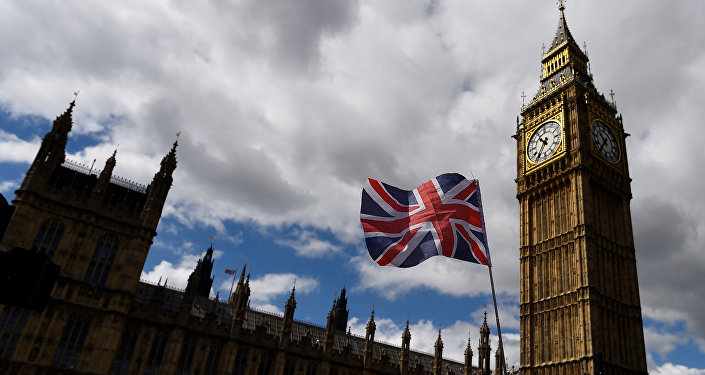 © REUTERS / Clodagh Kilcoyne
UK Fiscal Deficit Widens in June Sparking Fears That Austerity is Failing
Continuing, the opposition figure said, “The facts are this: Over half the Government grant to councils has been slashed since 2010. This is forcing very real cuts to the vital local public services we all rely on.”

Last week, Lord Porter, Tory chairman of the Local Government Association (LGA), also warned that many councils are financially struggling, urging the government to address the issue at the Tory Party conference in Birmingham.

He stressed that their financial woes are hurting their ability to provide core public services, such as road maintenance, in addition to preventing them from offering the elderly a “dignified level of care” in some circumstances.

At a meeting on Tuesday evening, Paul Najsarek, Chief Executive of Ealing Council, said their budget has been slashed by 64 percent since 2010, adding that all UK councils will stop receiving any form of government grant by 2020.