She waltzed in the Conservative party conference hall to the tune of ABBA’s ‘Dancing Queen,’ and she asserted her unbroken confidence in Britain’s future.

On Wednesday the UK Prime Minister Theresa May stood in front of the Conservative party to deliver a closing speech.

Contrary to the message by the former Foreign Minister Boris Johnson, who spoke at the conference the day before, Theresa May is to reassure her fellow politicians and supporters that the Chequers plan for the future of UK-EU relations.

My speech at the Conservative Party Conference — #CPC18 https://t.co/0t70Rqq7fi

The Chequers deal provides for frictionless trade in goods, Mrs. May told the audience.

The government's Brexit proposal delivers on the referendum and is in the national interest, May said in her speech. She admitted that there have been disagreements on the Brexit strategy, but called on the party to come together. 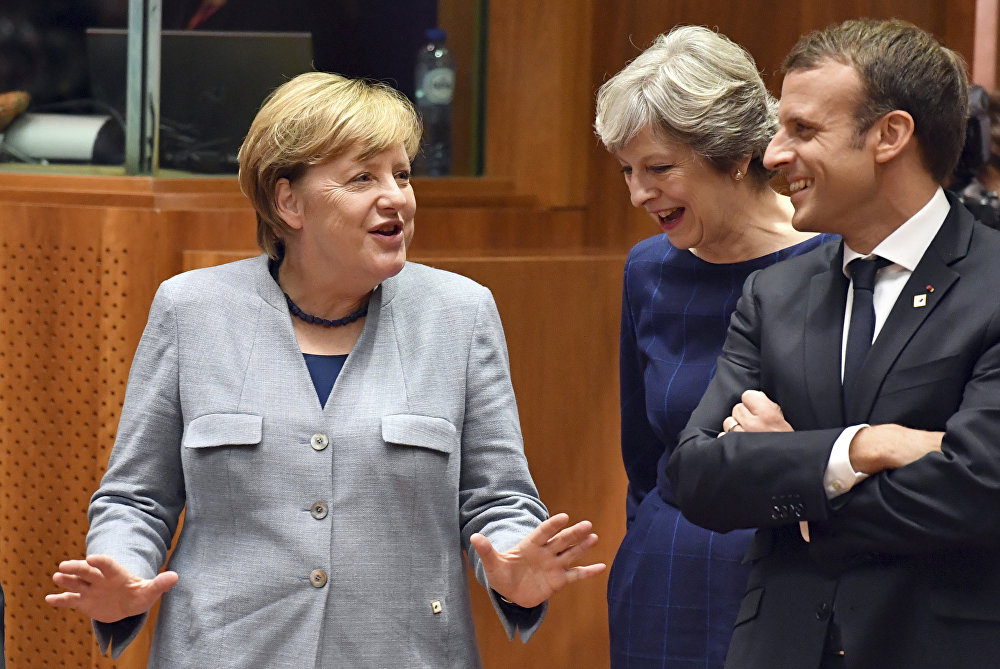 The EU offers Britain to either accept a deal that keeps Britain in the EU in all but name, including the free movement, vast annual payments and stopping the UK from signing trade deals with other countries, or a deal that carves off Northern Ireland apart of Britain, leaving it in the EU customs union.

"We will never accept either of those choices," the PM stressed in her speech.

No simple free trade agreement, even one making use of latest technology, could provide seamless border in Ireland, May said.

READ MORE: New May Proposal on Irish Border Coming Up Ahead of October EU Deadline

Leaving without a deal would be bad for both the UK and the EU, May said. However, she suggested the "resilience and ingenuity of the British people" will to lead the country through.

May also announced that free movement of people will be ended "once and for all," with a new system to replace the current setup. It will be based on "what skills you have to offer, not which country you come from."

By ending free movement, the government will give British businesses an incentive to train "our own young people" and to invest in technology that will improve their productivity, May said.

"This is our proposal — taking back control of our borders, laws and money. Good for jobs, good for the union. It delivers on the referendum, keeps faith with the British people — it is in the national interest."

In her speech, May attacked the opposition leader Jeremy Corbyn, drawing attention to the anti-Semitism scandal that plagued Labour in the recent months.

"It is our duty in this Conservative party to make sure he can never do it to our country," referring to what she saw as damage inflicted by Corbyn on Labour.

May criticized Mr. Corbyn for questioning the intelligence investigation of the poisoning cases in Salisbury and Amesbury.

"…when Russia launched a chemical attack on the streets of the United Kingdom, I took the decision to expel 23 Russian diplomats, who are undeclared intelligence officers. Our allies joined us in degrading Russia's intelligence network. In the parliament, I received almost universal support, from the SNP to Liberal Democrats to Labour backbencher. There was just one dissenting voice — Jeremy Corbyn."

According to Corbyn, May suggested, military action is only justified if approved by the Security Council of the United Nations, which effectively gives Russia the power of veto.

"I say ‘No'. We cannot outsource our conscience to the Kremlin."

Austerity End is in Sight

The Conservative government, often blamed for years of austerity in Britain, following the financial crisis of 2008, will — according to May's speech — end austerity policy and loosen public purse-strings.

Even though the government debt- and deficit-cutting policies have worked, according to May, but the "the British people need to know that the end is in sight" after ten years of stagnating wages and spending cuts. 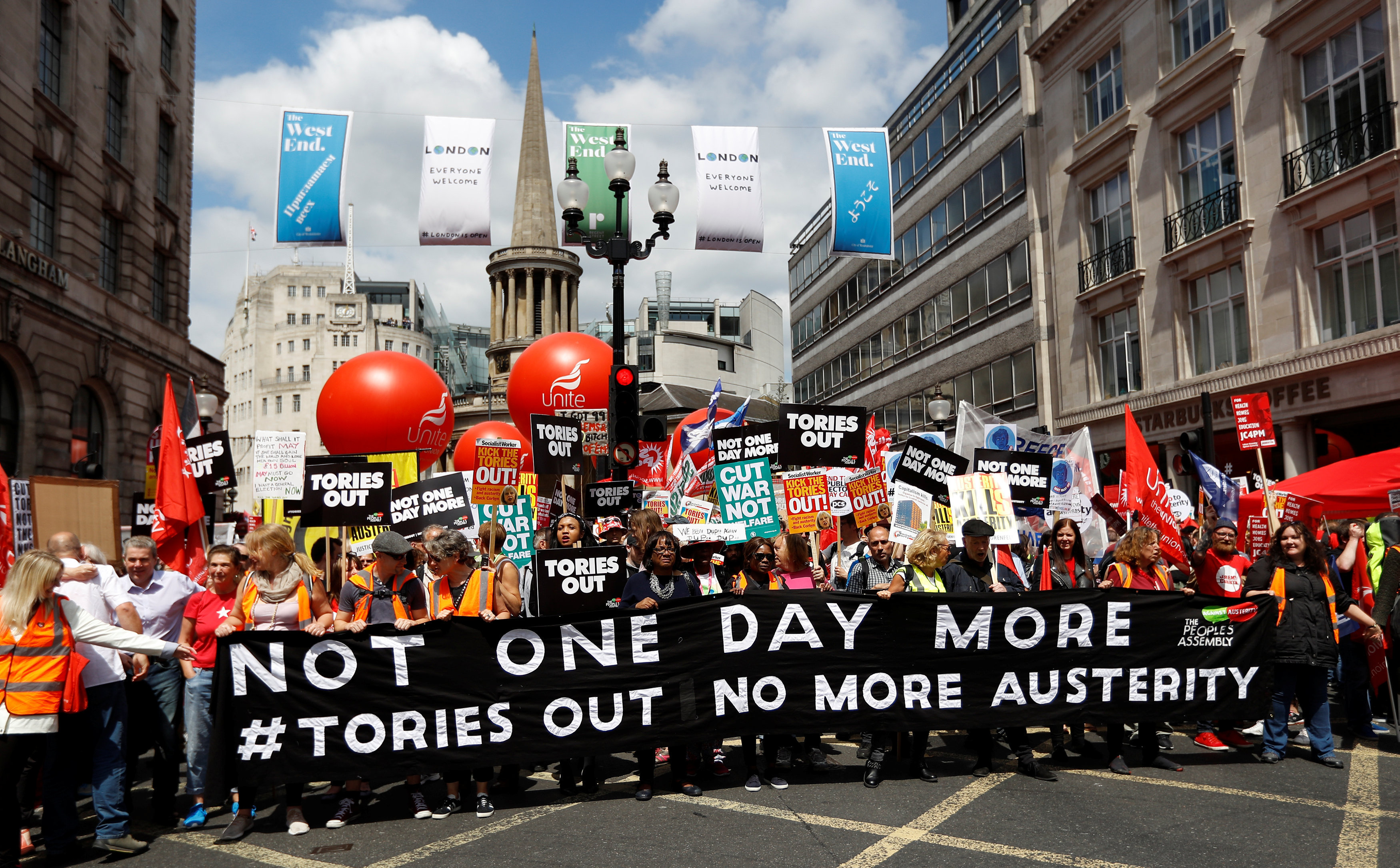 In 2019, when Britain leaves the EU bloc, the government "will set out our approach for the future," with spending on public services going up, the PM promised.

Mrs. May said that the cap on how much councils can borrow against housing assets to fund new developments will be scrapped.

In her address to the party, Mrs. May didn't mention her shaken leadership, in the light of the bitter infighting among Tory hard Brexiteers and Chequers backers.

Just minutes before May took the stage in Birmingham, British Conservative lawmaker James Duddridge called on her to resign.

He said the PM was the wrong person and hailed Boris Johnson, calling him "inspirational."

Turns out there is a plan. That plan is Boris. #brexit

"I don't know any Conservative MPs that expect Theresa May to be leading us in the next general election. Given that's the case, let's get on, let's make the change now and let's get someone that believes in Brexit delivering Brexit," Mr. Duddridge said.