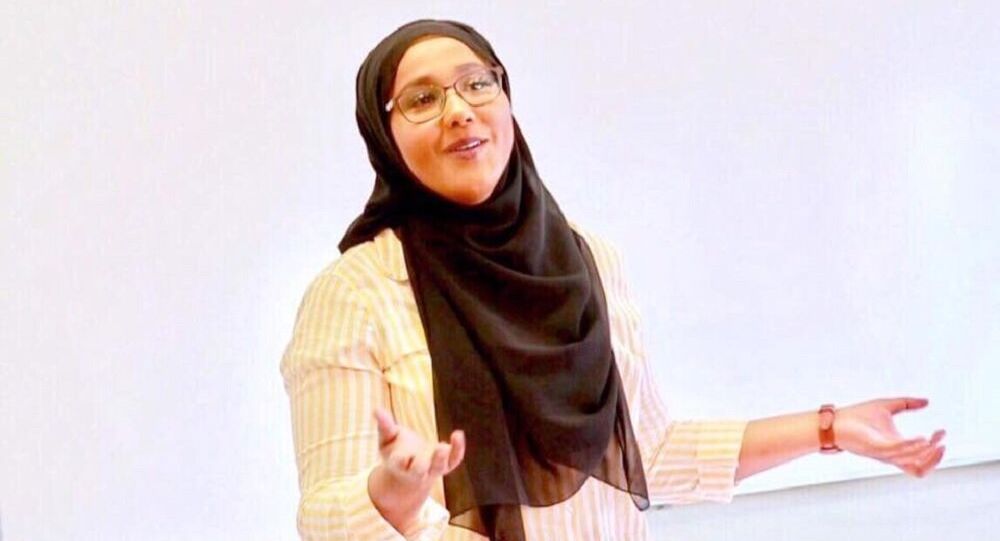 A Muslim politician little-known even within her own party has surprisingly made her way into the Swedish parliament owing to a clever campaign reaching out to fellow Somalis in their native language.

Leila Ali Elmi, a former Somali refugee, has made history by becoming the first Somali Swedish Muslim woman to become a lawmaker in the Scandinavian country. In achieving this feat with a personal election campaign directed at fellow Somalis, she sparked controversy, triggering a debate about tribalism and "ethnic voting."

Listed at 21st place in the Green Party, Elmi (30) managed to secure a seat in parliament after a personal campaign targeting Gothenburg's 14,000 strong Somali community. Elmi ran her Facebook page solely in Somali, frequently met with representatives of the local diaspora and even appeared on Somali TV. She also urged her supporters to vote for other Somali candidates. According to the Swedish daily Dagens Nyheter, members of the local football club called Somalia SK even ran a door-to-door campaign for her.

"The Green Party has the distinction of having the first openly clan-supported candidate in the Swedish parliament," conservative blogger and writer Rebecca Weidmo Uvell wrote on her blog. She stressed that Elmi's political stance is impossible to comprehend, as her campaign had been run solely in Somali. "No Swede can understand what she represents. And she doesn't care, since she doesn't represent them. She only represents Somalis," Uvell wrote.

According to Svenska Dagbladet's columnist Ivar Arpi, ethnic voting undermines democracy as it reduces politics to a zero-sum game between ethnic groups. According to him, Leila Ali Elmi's campaign indicated that political content was no longer important, indicating a shift toward identity politics, which believes that certain groups are best represented by their own members.

"The fact that ethnic voting has become an important factor in Swedish politics has so far flown under the radar of the public debate, although the phenomenon has long been known to the parties who have had to find approaches to it for many years. However, had the Nordic Resistance Movement [far-right movement focusing on the idea of an ethnostate] or the Alternative for Sweden [right-wing anti-immigration party], which also appealed to ethnic instincts, managed to enter parliament, it would probably have received more attention than it is now," Ivar Arpi noted in his opinion piece "The Somali voice in parliament."

Kajsa Ekholm Friedman, professor emerita in social anthropology at Lund University, noted a tendency toward "feudalization" and fragmentation of the national territory into enclaves and parallel societies, which, she noted, in itself was a feature of developing countries and communities in decline.

In an opinion piece published by the news outlet Samhällsnytt, she cited experiences from Africa, where democratization in the 1980s highlighted a pattern of clan voting that exacerbated underlying ethnic tensions which later exploded into full-scale conflicts.

"If only one ethnic group, say, the Somalis, is represented in decision-making bodies, it may pass. It is possible to give the Somalis differential treatment, without others feeling threatened. Once they get more, say, the Iraqis, Turks, Syrians, etc., the situation becomes completely different. They will come into conflict with each other, I suppose, and of course with the Swedes who will feel threatened," Kajsa Ekholm Friedman wrote.

Leila Ali Elmi has vehemently rejected the idea of belonging to a clan, stressing that if it really was this way, as a woman she would have never gotten enough acceptance.

The share of Swedish citizens with foreign backgrounds has been rising steadily over the past few decades, having effectively surpassed 25 percent or a quarter of the country's population of 10 million. The largest population groups are Syrians, Iraqis, Poles, Iranians, Somalis and people from the former Yugoslavia.