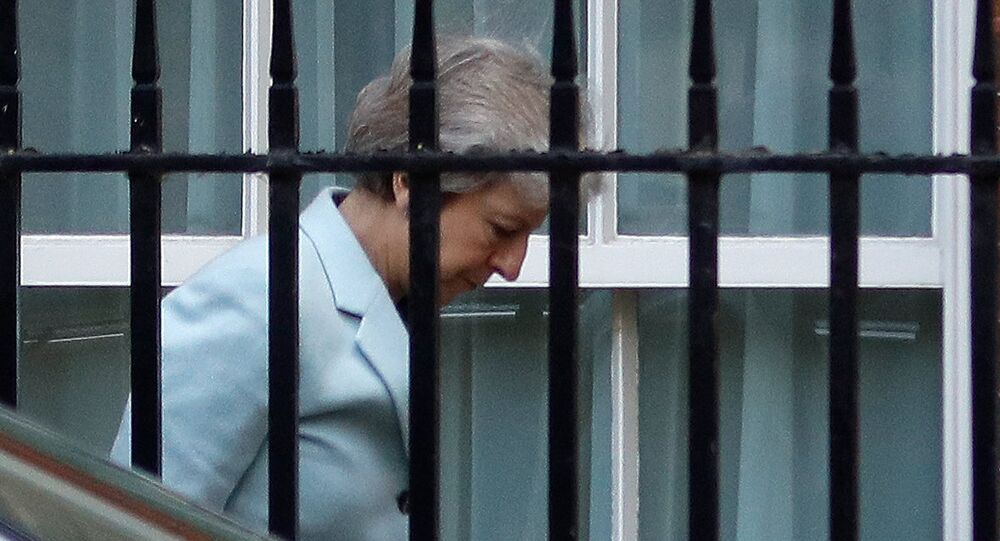 Speaking at a Conservative Party Conference to rounds of applause, ex-Foreign Secretary Boris Johnson blasted Theresa May’s brainchild – the Chequers plan – as an “outrage of democracy,” which is “not taking back control,” but rather “forfeiting” it.

According to The Telegraph, a number of Cabinet ministers want Theresa May to step down as prime minister immediately after Brexit in March 2019, while others are allegedly ready to give her until 2020 if she announces the date of her departure at the next Tory conference.

“There are two schools of thought in the Cabinet. One possibility is that she will be forced out straight after we leave the EU in March next year to bring in a new broom who can rebuild the party before the next election. But there is a growing feeling that she could be allowed to stay on for longer than that, to get Brexit completely done and dusted so that the next leader can focus completely on domestic policy. That would mean she would be given one more party conference in a year’s time, but she would need to use that conference to announce when she intended to stand down,” a Cabinet source told the media outlet.

The ministers  have reportedly agreed that Theresa May is no longer capable of holding her office or leading the party, and that it is essential to have a “new and fresh” leader who will be able to breathe new life into the Conservative Party.

“One of the reasons she may be allowed to stay on until 2020 is that most of the party still doesn’t think there is an obvious candidate to replace her who would command widespread support. Waiting a little longer would give a younger candidate, maybe someone no one is yet talking about, time to garner support. If you want the party to feel new and fresh going into the next election, you don’t necessarily want someone to be leader for more than a couple of years beforehand,” another insider told The Telegraph.

This comes a few days after The Telegraph published a leaked internal memo, detailing the pros and cons of her potential successors, including former Foreign Secretary Boris Johnson and leading Brexiteer Jacob Rees-Mogg.

Theresa May is expected to deliver a keynote speech later in the day at the International Convention Center in Birmingham to issue support for her Chequers plan on Brexit.

In a parallel development, Johnson’s speech at the Tory Conference in Birmingham on October 2 was met with a thunderous ovation as he slammed Theresa May’s Chequers proposals on the UK’s post-Brexit relations with the EU.

While suggesting that the bloc should remain important to the UK, he stressed that the Chequers deal would prevent London from conducting its own trade policies:

"Whatever the EU came up with in the future […] all this nonsense… we would have to implement this with no ability to change or resist. That is not pragmatic. That is not a compromise. It is dangerous and unstable, politically and economically," he continued. "This is not democracy. That is not what we voted for."

He further lambasted Brussels for its desire to use the UK as an example for other member-states that consider leaving the EU:

"What they want above all is to demonstrate to any other country that would dream of following suit that you cannot leave the EU without suffering adverse economic and political consequences. What the Chequers proposals show is that the United Kingdom, for all its power and might […] was unable to ultimately take back control,” he emphasized.

© REUTERS / Alkis Konstantinidis
Chequers Would Mean UK Economy Exposed to Regulations Designed by Foreign Competitors - Johnson
May has been on the receiving end of criticism in the United Kingdom and beyond over her of handling the Brexit process amid the possibility of a no-deal scenario and an extension of the Brexit process beyond the March 2019 deadline.

Under the Chequers plan, the EU and the UK would establish a free trade area, based on a "common rulebook" that would see both sides comply with the same standards on goods, thereby eliminating the need for customs and regulatory border checks.

At the same time, May wanted London to set out its own trade policy outside the customs union, but Brussels has turned down the plan amid concerns that it would undermine the bloc’s single market.