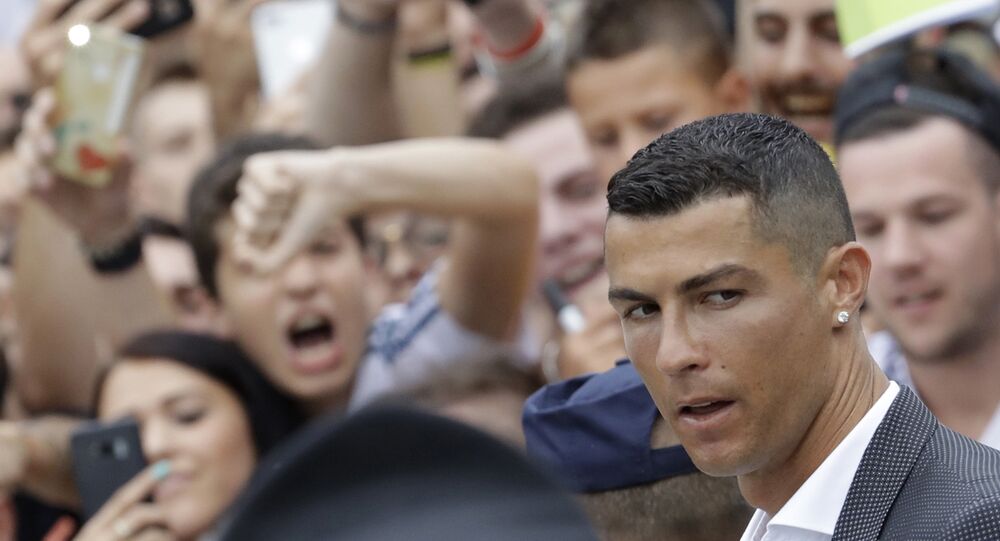 Rape allegations around one of the football world’s biggest names first started in 2010, but were allegedly put on a standstill soon afterwards with a hush money settlement. However, the plaintiff has persisted in her claims, this time alleging that she was virtually coerced into the nondisclosure agreement.

Cristiano Ronaldo’s lawyers expressed fears that he could have been imprisoned for life after a model, Kathryn Mayorga, came forward with rape allegations against him, bombshell legal documents seen by The Sun suggest.

Mayorga, 34, was reportedly paid a “hush” sum of about $375,000 in exchange for signing a nondisclosure agreement that stipulated she wouldn’t press ahead with the allegations over the assault at the Palms Casino Resort suite in Las Vegas in 2009.

The aforementioned court documents claim to reveal comments allegedly made by the footballer’s representatives that they were relieved to have sorted things out with the agreement.

“At the end of the day, given the type of claims which MK [the plaintiff] has asserted in this case, in our opinion we have obtained an incredibly favorable settlement which will result not only in the release of any and all civil claims and in MK choosing not to pursue a criminal case which could have resulted in Topher [Cristiano Ronaldo] being imprisoned for a life sentence for sexual assault,” the court files reportedly quote Ronaldo’s team.

While there is no formal confirmation, for now, to the facts mentioned above, Mayorga’s lawyers are trying to challenge the 2010 settlement.

The court documents reportedly outline the alleged assault on June 13, 2009 most explicitly:

“Cristiano Ronaldo pulled the plaintiff into a bedroom and on to a bed and attempted to engage in sexual intercourse.”

Police officers said Monday that they had brought the rape investigation back on track after a lawsuit was filed. The lawsuit accuses 33-year-old Ronaldo, who was signed in to Juventus for a record $128 million, and his team of taking advantage of the plaintiff’s fragile state to compel her to sign a financial settlement and nondisclosure agreement nine years ago.

German magazine Der Spiegel first reported the allegations back in 2017 and last Friday broke news of the lawsuit in an interview with Ms Mayorga, in which she, for the first time, detailed the alleged assault,  recalling the footballer  “coming on to her very strong” before ultimately raping her  despite continuous “NOs.”

Around the time of the alleged attack, Ronaldo, an already famed 24-year-old star, was holidaying in Las Vegas in the company of his brother-in-law and cousin.

Budding 25-year-old model Ms Mayorga was at the time working in the Rain nightclub, inside the Palms Casino Resort. Meeting the star there, she was subsequently, as court documents reportedly have it, invited to Ronaldo’s penthouse suite “to enjoy the view of the Las Vegas Strip.”

Ronaldo's lawyer called the reporting "blatantly illegal." "It violates the personal rights of our client Cristiano Ronaldo in an exceptionally serious way. This is an inadmissible reporting of suspicions in the area of privacy," lawyer Christian Schertz said in a statement. Ronaldo appeared to react in a more light-hearted way, although he, in turn, disputed the claims:

"What they said today, fake — fake news. They want to promote by my name. It's normal. They want to be famous — to say my name. Yeah but it's part of the job. I'm (a) happy man and all, all good," he posted on Instagram.

The news has struck a raw nerve with the Twitterati, with many users rushing to support the footballer and dismissing the claims as libel, but at the same time, urging the investigators to sort things out:

They are starting to like their own tweets slandering the good name of Ronaldo lmaoooooo pic.twitter.com/c3LV4B7qUQ

She ran out of money and now wants more for something that never happened. Hope she’s jailed #Ronaldo

Hilarious memes and gif-images are also abundant on Twitter:

When Ronaldo says he needs you as a key witness. pic.twitter.com/TemANj1Diw

Anyone else waiting to see if football twitter will discuss Ronaldo’s rape accusation… pic.twitter.com/7OCu8kMeIb

Even a special hashtag was devised to show support for Ronaldo, #WeAreAllRonaldo:

However, there are voices against him, with users saying a civil lawsuit with all the documentation attached, is already a cue that the rape did happen. The opposite camp argues, conversely, that Ronaldo’s calm response to all this “speaks volumes”:

I found it hilarious that Ronaldo said that the alleged rape was ‘fake news’ but this is is what he said in a deposition about that said rape 🙃🙃🙃 pic.twitter.com/0fyGlotdDB

He’s that horrible Ronaldo, I reckon he raped her he’s left her crying on the bed, put his clothes back on and done his trademark celebration just before he slammed the hotel door an bailed

CR7 on the rape allegations:

"No no. What they said today [rape allegations] is fake news. They want to promote themselves using my name. It’s normal because they want to be famous. I'm a happy man and it's all good."

Seeing Ronaldo this calm about the situation speaks volumes. pic.twitter.com/wyd5SYdMdH