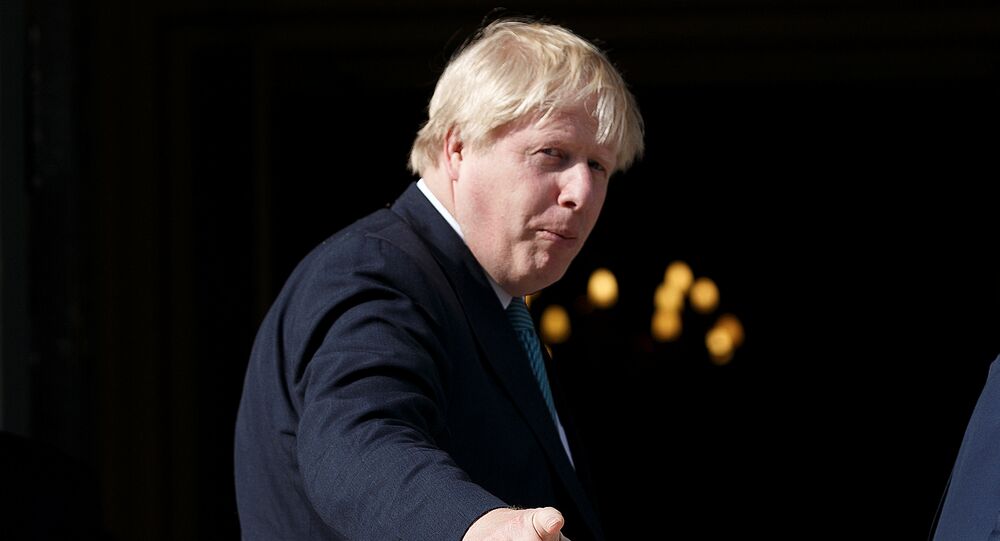 Former foreign minister Boris Johnson has used his speech at the Conservative Party Conference in Birmingham on Tuesday to hit back at UK prime minister Theresa May's Chequers plan, calling it a "mistake" and urging his party to take back control of post-Brexit negotiations.

Johnson segued from his speech on the development of capitalism in the British economy to criticizing the UK's membership in the European Union. Johnson urged audiences to consider Britain's potential as a global power and noted several key themes throughout his address.

The EU as an Outdated Concept

Johnson commented on rising trade partnerships with the UK and questioned why it had taken 52 years for a British foreign secretary to visit any Latin American nations, stating that Britain had turned its strategy to the European Union instead of its global partnerships.

"That certainly felt right in the 1970s when we first joined the common market," Johnson stated. “It makes much less sense in the globalized economy when 95 percent of the world’s growth is going to be outside the EU.”

He stated that the EU would remain important to the UK, but noted that the rest of the world was gaining ground, citing Britain as the second-largest investor in Peru and a rise of British consultants assisting Lima with its 2019 Pan-American Games.

"Think what we could do if we had proper free trade deals," he lamented, adding that the UK faces the reality that it will become "more difficult, if not impossible to do such deals" with the current terms it has set with Brussels.

"That's why it was such a mistake of us to remain stuck in the terms of the Chequers deal, locked in the tractor beam of Brussels," he continued.

He stated that the UK would not only be prevented from offering tariffs schedules and making its own laws, in addition to maintaining a "regulatory framework for goods [and] agrifoods," but called the Chequers deal "politically humiliating".

He added that the UK economy would also be exposed to foreign regulations "expressly designed" to hinder their progress. "Whatever the EU came up with in the future […] all this nonsense… we would have to implement this with no ability to change or resist."

"That is not pragmatic. That is not a compromise. It is dangerous and unstable, politically and economically," he continued. "This is not democracy. That is not what we voted for."

Taking Back Control from Brussels

The former foreign minister slammed the current Chequers deal an "outrage of democracy," stating that "It is not taking back control, it is forfeiting control."

Johnson continued to lash out at Brussels, accusing them of being aware of their intentions, stating that the European Union wanted to set an example with the UK to other countries wishing to leave the EU.

"What they want above all is to demonstrate to any other country that would dream of following suit that you cannot leave the EU without suffering adverse economic and political consequences," he told audiences.

"What the Chequers proposals show is that the United Kingdom, for all its power and might […] was unable to ultimately take back control" he insisted, adding that "The UK will be paraded in manacles [like] Caratacus," referencing the British chieftain that resisted Roman control of Britain under Emperor Claudius.

He stated that he had watched the EU professionally for 30 years and that when individual member-states held referendums that "went against the Federalist cause", Brussels would pull them back into place.

Johnson said that the Chequers plan would set an example to this reality. "It is a recipe for continued acrimony," he insisted, adding that the failure of Chequers "will only embolden those who are now calling for a second referendum".

"This is the moment to chuck Chequers," Johnson said at the end of his speech to rounds of applause.

"If we cheat the electorate, and Chequers is a cheat, we will escalate that sense of mistrust," he stated. "If we get it wrong, if we bottle Brexit now, believe me, the people of this country will find it hard to forgive."