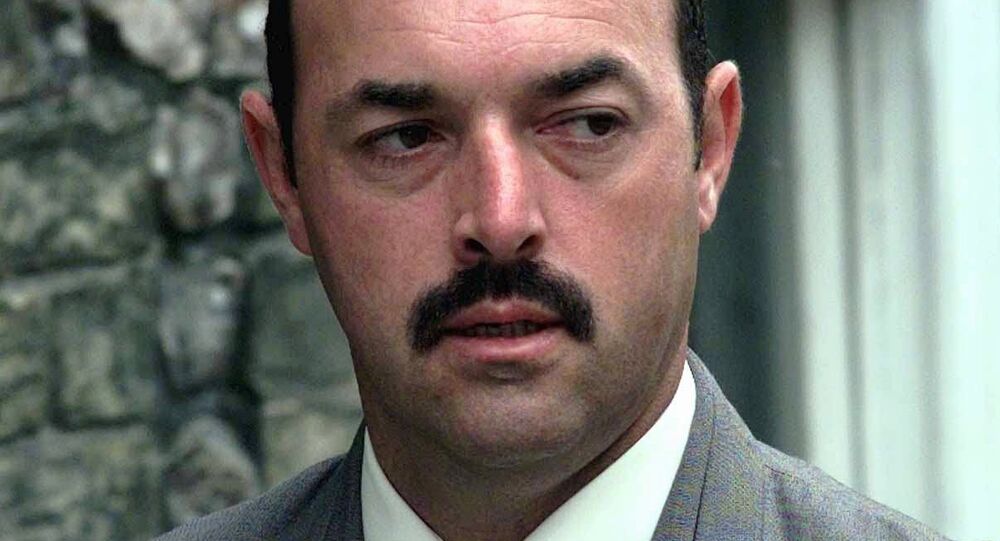 'How Many People Did I kill? I Couldn’t Tell You' – Ex Liverpool Goalkeeper

The most decorated goalkeeper in Liverpool FC’s century-long history, Bruce Grobbelaar, has shared what helped him survive the murder atrocities he went through as a teenage boy while in South Africa, and even asserted there is something even “worse than war.”

Despite the uplifting results in as many as 13 major football tournaments, in which he grabbed trophies, former Liverpool goalkeeper Bruce Grobbelaar has shared quite a few hair-raising memories from his youth and later years in an interview with The Guardian’s Donald McRae.

As a teenager he was conscripted into the Rhodesian army in 1975 and thereafter fully engaged in the Rhodesian Bush War. Haunting memories cast a dark shadow over his face as he recollected the nauseating moment as his fellow white soldiers desecrated the bodies of black fighters by cutting ears off their dead bodies and then putting them in a jar, or rather multiple jars. Despite being white and fighting for a white minority, he is still specially honored by black sporting fans and is often referred to as “Jungleman” and “black in a white man’s skin.”

The 60 year-old moved on to describe his first killing, saying it “was at dusk,” when the sun set, with shadows hovering over the ambush, against the backdrop of which “the whites of their eyes” caught the eye.

“It’s you or them. You shoot, you drop and there’s overwhelming gunfire. You hear voices on your side: ‘Hey, corporal, I’m hit.’ You whistle to shut them up otherwise we’re all getting killed. When the firefight is finished you see bodies everywhere. The first time everything in your stomach comes up through your mouth,” Bruce Grobbelaar revealed.

When asked about the number of people he killed, Grobbelaar continued: “I couldn’t tell you.” When the reporter assumed there could be many, Grobbelaar uttered: “Yes. This is why I’ve always lived my life for today. I can only say sorry for the past. I can’t change it.”

The trauma is still there, although many years have passed since then. And it seems to have grown even more acute, as the footballer captured the scene of two of his fellow fighters taking their own lives in adjacent toilets in the barracks after they were informed that their conscription was to be prolonged by another six months.

The atrocities, however, didn’t stop there, although Grobbelaar sincerely believed that football “saved ” him, as he made his way through Durban, then Vancouver and finally to Liverpool, with all of its most demanding management (Grobbelaar recalled Bob Paisley, Liverpool’s most famed manager, informing him of his father’s death only five days after it, just before the funeral) and great camaraderie. “We played hard and lived hard,” he said.

His fulfilling life as a Premier League player was, however, severely disrupted by two other traumatic experiences – the Heysel and Hillsborough disasters.

The Heysel Stadium accident, when 39 Italian fans died before the 1985 European Cup final, having been pressed against a collapsing wall, nearly knocked him down. “It was worse [than war]. In the bush you knew what could happen. At Heysel it was innocent people. To hear the crumbling wall and the falling bodies was terrible,” Grobbelaar winced.

Another scarring memory is Hillsborough, merely four years later. His memoirs, “Life In A Jungle: The Autobiography Of Bruce Grobbelaar,” which came out in late September, provides an account of the notorious human crush, the worst disaster in British sporting history, which resulted in a staggering 96 fatalities.

Grobbelaar spent nearly 15 seasons at Anfield, Liverpool FC’s stadium, where he won 19 medals.  He was notably in Liverpool’s posts when the team last won the league in 1990, when the African Jungleman famously walked the lap of honor on his hands, to the audience’s storm of applause.