The NATO chief is set to deliver an address in the run-up to the alliance's defense ministers two-day meeting slated to start Wednesday. The ministers are set to discuss an array of issues, including the bloc's relations with Russia.

Secretary-General Jens Stoltenberg is holding a press conference at NATO headquarters in Brussels on Tuesday.

Speaking at the press conference, Stoltenberg noted that the main topic of the upcoming NATO Council would be an increase in defense spendings of the blocs member-states.

According to the secretary-general, NATO and Macedonia have already started accession talks that may be completed in January 2019.

"The accession talks have already begun, and I expect that we will conclude them by January next year," Stoltenberg told a press conference ahead of the ministerial talks slated for October 3-4.

The NATO chief noted that the alliance closely followed Sunday's referendum, adding that he personally had spoken to Macedonian Prime Minister Zoran Zaev on Monday and agreed to remain in close contact.

"I welcome the 'yes' vote in the referendum. It is up to Skopje to decide on the next steps. NATO is ready to welcome the country as our 30th member, but the only way is to implement the name agreement, there is no other way to NATO membership," Stoltenberg stressed. 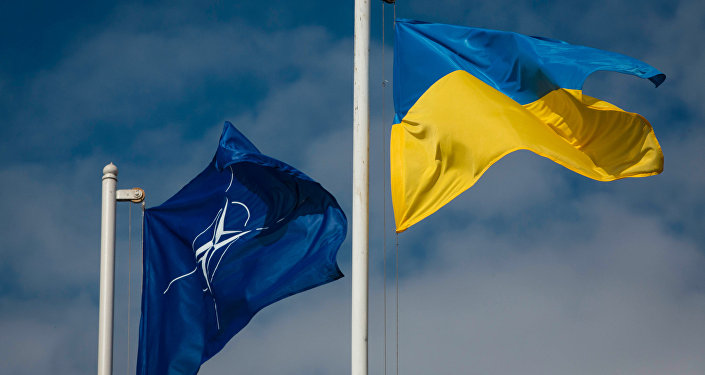 © Sputnik / Mikhail Markiv
Hungary Blocks NATO-Ukraine Commission Meeting Over Language Issue - Diplomats
The official highlighted that there was "a clear majority in favor of the name agreement, in favor of joining the EU and NATO," but turnout was "not as high as many had hoped."

Speaking about Russia, Stoltenberg said that NATO representatives had invited Russia's observers to attend the Trident Juncture drills in Norway. At the same time, the senior official noted that all the bloc's member-states regarded Russia's creation of 9М729 missiles as a violation of the Intermediate-Range Nuclear Forces Treaty (INF Treaty).

"We remain concerned about Russia's lack of respect for its international commitments, including the Intermediate-Range Nuclear Forces Treaty, the INF Treaty…Now this treaty is in danger because of Russia's actions. After years of denials, Russia has recently acknowledged the existence of a new missile system called 9M729. Russia has not provided any credible answers on this new missile. All allies agree that most plausible assessment would be that Russia is in violation of the treaty. It is therefore urgent that Russia addresses these concerns in the substantial and transparent manner," Stoltenberg said at a press conference.

"The US, which is party to the INF Treaty, has determined that Russia is in violation because, according to the US, Russia started to deploy that missile. They have shared that intelligence with us, but I will not go into intelligence details," Stoltenberg added.

In December, the Russian Foreign Ministry said that 9M729 missiles correspond to Russia's obligations under the INF Treaty and that it has not been upgraded and tested for the prohibited range. Moscow pointed out that the United States provides no proof that Russia has in fact violated the treaty by deploying the missiles.