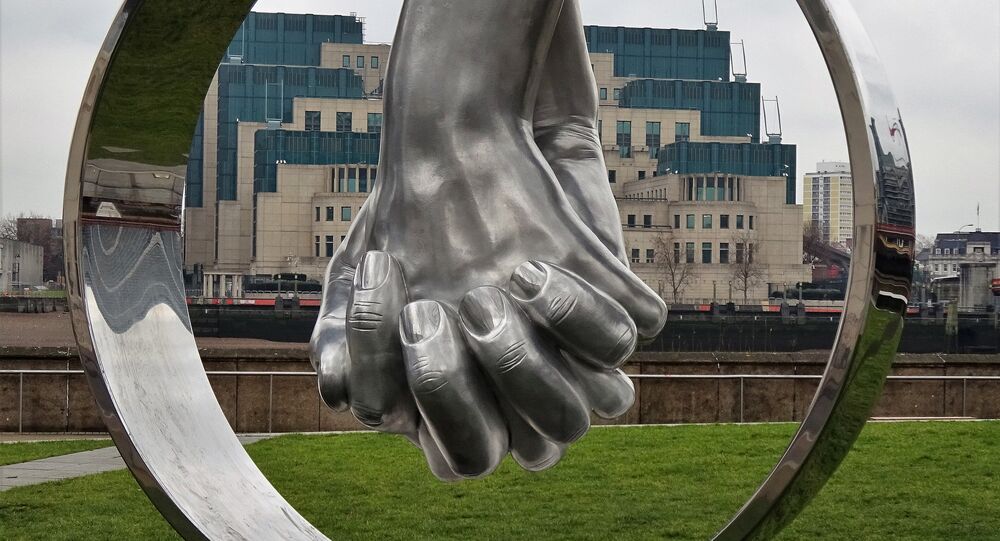 Blair and his wife Cherie flew into St Petersburg in March 2000, and after a day of informal discussions with the then-Presidential hopeful, the trio attended a production of War and Peace, Tolstoy's stirring tale of Russian resistance in wartime given an operatic transformation in 1946 by Soviet composer Sergei Prokofiev, at the Mariinsky theater. In the process, Blair became the first western leader to meet the incoming Russian president.

In discussions with journalists on his way back to Britain, Blair made clear he was extremely impressed with Putin, considering him to be possessed of a clear, modern, open vision, and expressed a desire to "renew and strengthen" ties between the two countries.

"[Putin] was highly intelligent and with a focused view of what he wants to achieve in Russia," Blair said.

Speaking at the Cliveden Literary Festival in Berkshire September 29, Dearlove — head of MI6 1999-2004 — claimed the lead up to the visit was extremely troubled and hotly-debated in the corridors of secret power, with a "long discussion" about its pros and cons.

As Downing Street was extremely keen for the trip to go ahead, claiming it was "too good an opportunity to miss", the spying agency fell into line, acknowledging it was a "unique opening" — although Dearlove said he was "sure" there was "significant regret" within MI6 over the decision.

The stark repudiation of what was evidently a highly successful trip for all involved seems somewhat strange and belated, given the visit occurred 18 and a half years prior — a period in which no British official involved in its planning or execution has expressed any ruefulness or sorrow over the episode whatsoever.

Moreover, Dearlove is not known for public displays of remorse, despite his time at the top of MI6 being typified by major controversy and error.

© Flickr / Cyril Attias
9/11 Terror Attacks: World Trade Center
For instance, there has been little mainstream recognition of the fact that under his leadership, the overseas spying agency had planted undercover agent Aimen Dean in the upper ranks of al-Qaeda in the three years leading up to 9/11. Dean repeatedly impressed upon his MI6 handlers a major attack on the US was imminent over the course of 2001. Particularly damning intelligence was provided in June that year, when Abu Hafs al-Masri, Osama Bin Laden's right-hand man, informed him "something big is going to happen" and "we expect the Americans to come to Afghanistan", but MI6 failed to establish what that "something" was, or warn their Washington counterparts.

Furthermore, Dearlove played a leading role in perpetuating propagandistic fantasies about Iraq's possession of weapons of mass destruction — despite being avowedly aware "intelligence and facts were being fixed around the policy" of removing Saddam Hussein from power via military intervention.

For instance, MI6 played a leading role in compiling Iraq's Weapons of Mass Destruction: The Assessment of the British Government, a dossier published in September 2002 which made a number of allegations about Iraq possessing WMD, including chemical weapons and biological weapons, and had reconstituted its nuclear weapons programme. Without exception, all of the allegations included in the document have been since proven to be false.

For example, it was claimed Iraq was seeking to buy uranium from Africa, an accusation later invoked directly by US President George W. Bush in his January 2003 State of the Union Address. In March 2003, the International Atomic Energy Agency obtained documents the claim was based on, and concluded they were obvious forgeries — CIA Director George Tenet subsequently said the remarks should not have been included in the President's speech.

Similarly, the document claimed Iraq was able to deploy WMD and strike Britain within 45 minutes, a claim widely regurgitated by the UK mainstream media. Dearlove subsequently conceded the claim related to battlefield WMD rather than weapons capable of international range, but had allowed the allegation to be circulated in any event, despite internal objections.

In a subsequent review, the UK Parliament's Foreign Affairs Select Committee found the British government had been wrong to state in an unqualified manner claims that had not been established beyond doubt.

"We conclude it's very odd indeed the Government asserts it was not relying on the evidence which has since been shown to have been forged, but eight months later it's still reviewing the other evidence. The assertion should've been qualified to reflect the uncertainty," the Committee found.

Likewise, Major General Michael Laurie, one of the individuals involved in producing the dossier, acknowledged to the Iraq Inquiry the document's purpose "was precisely to make a case for war, rather than setting out available intelligence, and to make the best out of sparse and inconclusive intelligence the wording was developed with care".

In its final report, the Inquiry harshly condemned Dearlove for presenting this highly questionable intelligence without confirming its accuracy. Inquiry investigators found references to this intelligence in government reports was over-certain and didn't adequately stress uncertainties and nuance.

Investigators also concluded "personal intervention [by Dearlove] gave added weight" to this intelligence, despite it not having been "properly evaluated" — finding Dearlove's endorsement "would have coloured the perception of ministers and senior officials". Even more damningly, the MI6 chief's intervention was found to have come despite MI6 staff expressing concerns about the quality and reliability of many of the source's claims — in particular, a detail about Iraq storing chemical weapons in glass containers was believed to be obviously ludicrous, and apparently based on a plot point in Michael Bay's 1996 thriller The Rock. Nonetheless, Dearlove accepted then-Foreign Secretary Jack Straw's request MI6 to keep on mining "silver bullet intelligence" from the source.