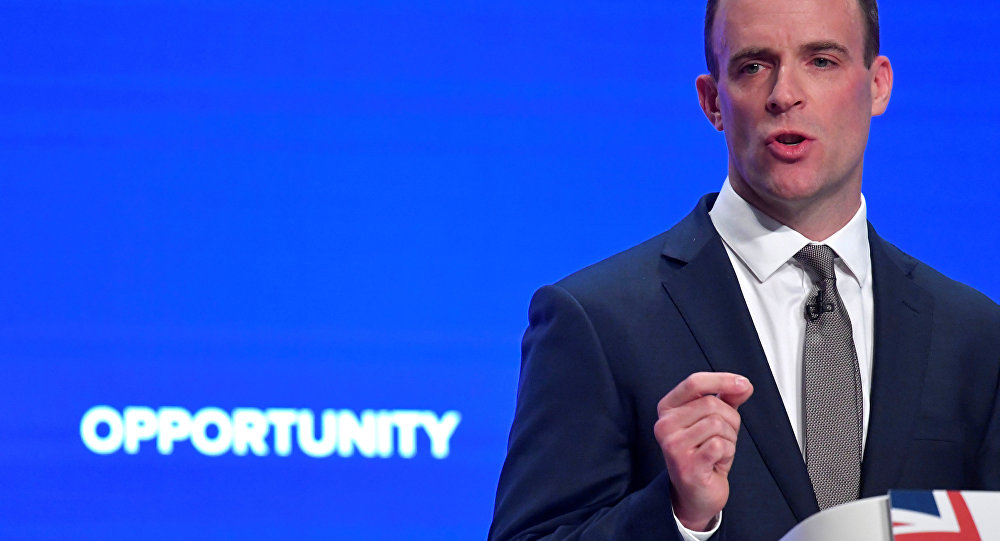 The UK government will deliver a historic agreement that provides a roadmap out of the EU and a final deal that will be good for the whole country, UK Brexit Secretary promised on Monday.

Dominic Raab addressed the Conservative Party conference, as he called for respect for the result of the referendum on Britain's EU membership that saw 52% of UK voters opt for exit from the European bloc. 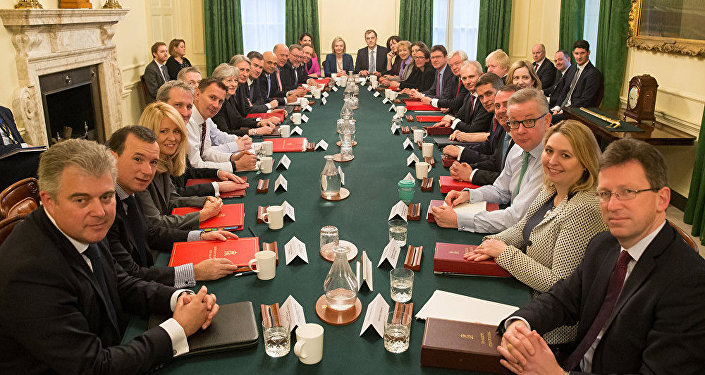 © AFP 2019 / Daniel Leal-Olivas
Tale of the Weak & Unstable: A Breacher, a Novice and a Liar Walk Into a British Government

In the case of "no deal," there would be a risk of short-term disruption but the Cabinet will deal with any problems that might arise in a calm and sensible manner, Raab said. The statement recalled the UK PM Theresa May's 2017 election campaign under the slogan "strong and stable."

Since the election of Tories as a ruling party, the UK Cabinet has been rocked by a series of high-profile resignations, including over its Chequers plan on the future of UK-EU relations. With less than 6 months left until the deadline for exiting the European Union, Britain's leadership is still struggling to strike a deal with Brussels.

Raab characterized the EU approach as one-sided, allowing no room for serious compromise. The EU needs to get serious and needs to do it now, Raab said, receiving applause from the audience. Britain's willingness to compromise is not without limits, he also warned.

"We cannot be bullied by the threat of some kind of economic embargo, into signing a one-sided deal against our country's interests," the Brexit secretary said.

His words were in line with Theresa May's vision of the Brexit deal, who in September stressed she would not "overturn the result of the referendum," breaking up her country.

The Cabinet's Chequers plan has been rejected by the EU leaders, despite its relatively "soft" approach to Brexit. The Salzburg summit and the following week saw EU leaders suggest Britain can't have access to the EU single market for goods but not services and capital. 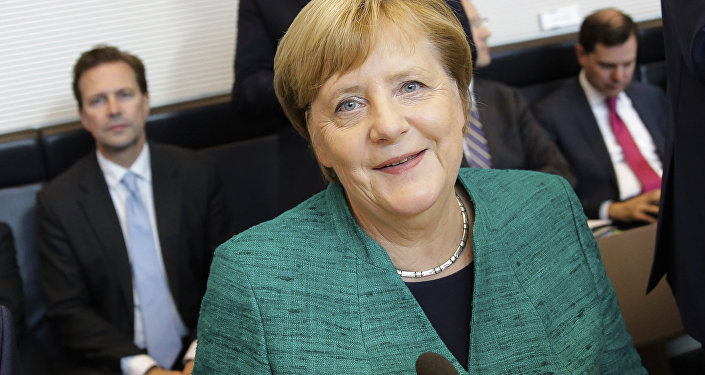 If the EU tries to lock Britain into customs union or European Economic Area (EEA), "then we will leave with no deal," the UK Brexit Secretary warned in his speech.

A "no deal" scenario is not "unthinkable" and in fact, the whole of the government machine is busy preparing for "no deal," according to Raab.

Britain is set to leave the EU on March 29, 2019. Until then, the majority in Westminster and the British business community hope the UK will not walk away from the negotiations table with "no deal."