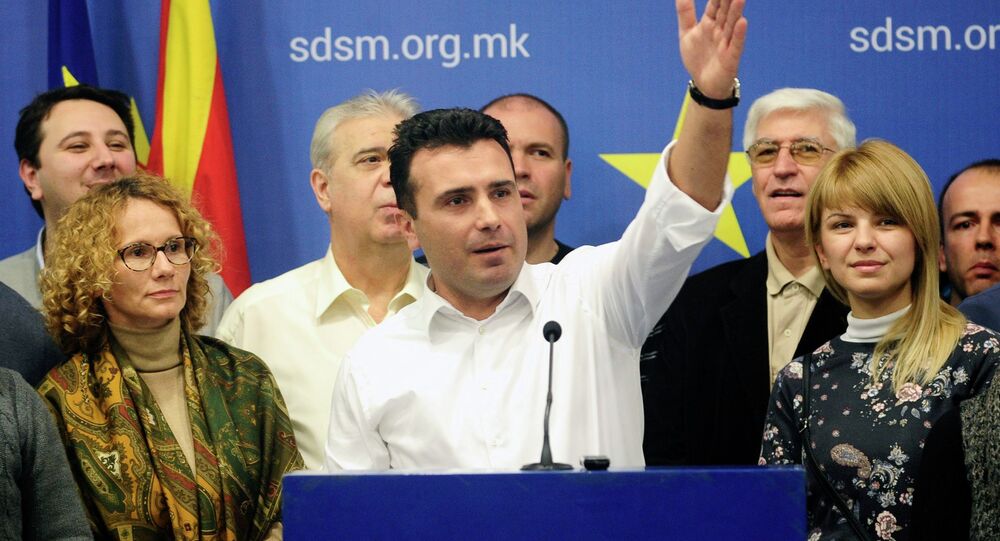 SKOPJE (Sputnik) - The majority of those, who voted at the referendum on changing Macedonia's name, supported the relevant agreement with Greece and thus the country's accession to NATO and the European Union, and now this issue will be considered by the parliament, Macedonian Prime Minister Zoran Zaev said.

© AFP 2020 / THIERRY CHARLIER
NATO Welcomes Results of Referendum on Macedonia's Name - Stoltenberg
The prime minister added that in the coming weeks he will try to collect a two-thirds majority of mandates in the parliament for the adoption of constitutional amendments in accordance with the agreement with Athens. Otherwise, the country will hold snap parliamentary elections, the Macedonian leader reiterated.

© AP Photo / Boris Grdanoski
Turnout at Macedonia Referendum Amounts to 36.36% After 91% Votes Counted
On June 17, Greek and Macedonian foreign ministers signed an agreement on the former Yugoslav Republic's renaming to the Republic of North Macedonia in the Prespa region, following a decades-long dispute over the use of "Macedonia," which Greece has been objecting to as this is also the name of one of its regions.