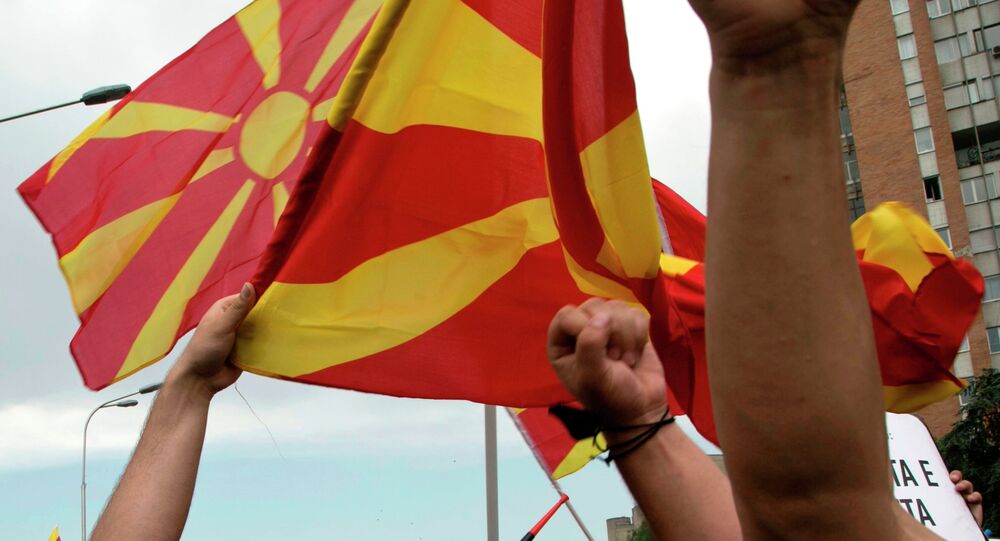 SKOPJE (Sputnik) – A Macedonian citizen insulted voters and then attacked police officers at a polling station in Skopje during a referendum on renaming the country, the Macedonian Interior Ministry said Sunday.

"At the polling station in the Lazo Angelovski school in Skopje, a 22-year-old citizen violated public order. He insulted citizens and physically attacked police officers. He was detained and taken to the police department," spokesman of the Macedonian Interior Ministry Toni Angelovski told reporters during a briefing.

According to the ministry’s data, another six incidents have been recorded during the referendum, including illegal photo shooting and verbal attacks on voters.

The turnout at the referendum amounted to only 22.8 percent at 13.00 GMT, according to the state election committee.

© AP Photo / Boris Grdanoski
History of Macedonia Naming Dispute
On Sunday, a referendum on the deal to rename Macedonia is being held in the country. A number of Western politicians have visited Macedonia ahead of the referendum, calling on the country's population to opt for endorsing the deal. According to experts, many Macedonians intend to boycott the vote.

Greece and Macedonia, officially known as the Former Yugoslav Republic of Macedonia, have been entangled in a naming dispute for years, with Athens opposing the use of "Macedonia," which is also the name of a region in Greece. An agreement on the new name for Macedonia was signed by Macedonian Foreign Minister Nikola Dimitrov and his Greek counterpart Nikos Kotzias on June 17.