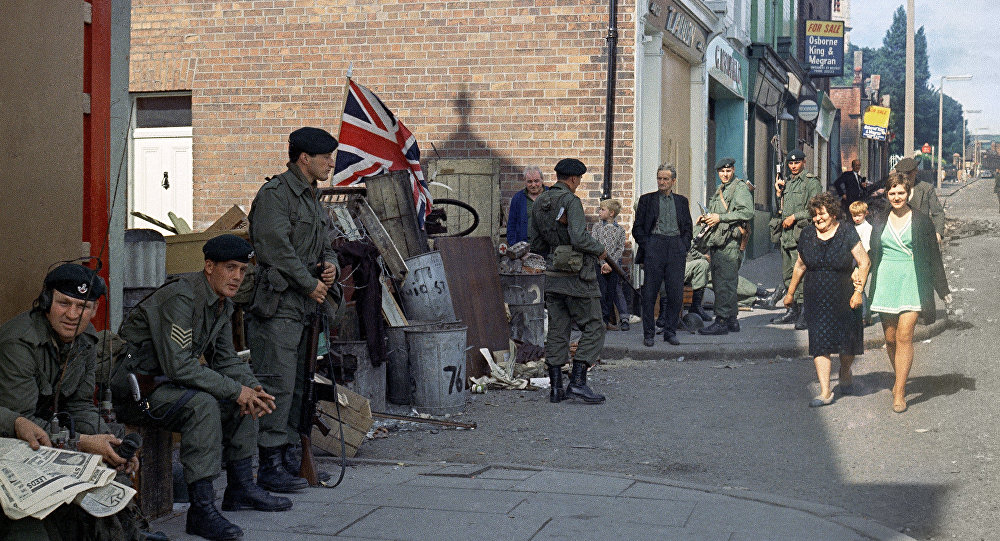 The family of Denis Donaldson - Provisional Irish Republican Army (IRA) volunteer, leading Sinn Fein apparatchik and undercover MI5 agent - have written to Ireland’s police chief, asking for the return of a journal they believe could hold clues to his murder.

Donaldson was killed in his cottage April 2006 by a shotgun blast to the chest, less than four months after Sinn Fein president Gerry Adams announced at a press conference in Dublin Donaldson — then a party administrator in Stormont — had been an agent for British intelligence for 20 years.

Donaldson confirmed Adams' allegations in a televised interview not long after, stating he'd been recruited after compromising himself during a vulnerable time in his life, although he didn't specify the cause of his vulnerability.

Subsequent disclosures by an undercover British agent who'd infiltrated the IRA — codenamed 'Martin' — indicated South Armagh republicans blamed him for IRA operations which had been compromised, and suspected him of planting covert listening devices at secret headquarters and meeting places. However, despite repeated warnings of the threat to his life in the preceding months, he'd declined offers of protection from authorities.

© AP Photo /
Under the watchful eyes of armed British troops, members of the Ulster Defence Association parade through Belfast, Northern Ireland in August 1972

His killers have never been identified, although in April 2009 the Real IRA claimed responsibility — but ‘Martin' suggests the group in fact had nothing to do with the murder, and merely accepted culpability "for kudos…a forlorn hope someone might take them more seriously these days", and in fact Adams was likely to have sanctioned the slaying personally.  An inquest into the killing was adjourned for the 22nd time earlier this week.

Whatever the truth of the matter, Donaldson's family claim he was writing a journal in the weeks prior, and believe its contents could aid an inquiry into allegations Northern Irish police officers contributed to his death in some way. They have repeatedly demanded police ombudsman Dr Michael Maguire take legal action to force the Garda to hand over the journal, but their entreaties have been so far unsuccessful, on the basis the journal has "no evidential value".

Allegations of a state role in Donaldson's death were amplified significantly after the 2013 Smithwick Tribunal ruled members of the Irish police colluded in the murder of Chief Superintendent Harry Breen and Supt Robert Buchanan, the two most senior Royal Ulster Constabulary (RUC) officers to die in the Troubles. The pair were shot dead in a March 1989 ambush returning from a cross-border meeting with Gardai representatives in the Republic of Ireland.

© AP Photo /
In this Feb. 2, 1972, file photo Pallbearers carry one of 13 coffins of Bloody Sunday victims to a graveside during a funeral in Derry, Northern Ireland, following requiem mass at nearby St. Mary's church at Creggan Hill.

The Tribunal's final report stated that while there was no "smoking gun", investigators were "satisfied there was collusion in the murders" and "the evidence points to someone within the Garda station assisting the IRA".

The Smithwick Tribunal also revealed much about British state infiltration of the IRA, Sinn Fein and the Garda.

Amazingly, perhaps half of all senior IRA members, and a quarter of all IRA members overall, worked for intelligence services during the ‘Troubles'. In a complex web of intrigue, the IRA's head of internal security — known as Stakeknife — received sensitive information from rogue Irish police officers while working for British intelligence. One officer quoted in the document said that of 210 republican terrorists his team arrested, only three were not security force agents, with some employed by several agencies.

© AP Photo / Peter Morrison
A man walks past a mural from the loyalist terror group the Ulster Volunteer Force in Belfast, Northern Ireland, Thursday, May, 3, 2007.

The British deep state also colluded with loyalist paramilitaries in Northern Ireland, most notoriously the Ulster Volunteer Force, a terrorist group responsible for over 500 murders. Declassified documents indicate a significant number of the group's victims were killed with the aid of information supplied by British intelligence. There were even several instances in which MI5 requested the group assassinate certain people, orders not always obeyed — one prominent escapee of MI5's wrath was Irish Taoiseach Charles Haughey, a strong supporter of Irish unification and enemy of UK Prime Minister Margaret Thatcher.

There are also several Loyalist killings in which British state involvement is an open secret, but Westminster refuses to convene official investigations — perhaps most notably the February 1989 slaying of Pat Finucane, an Irish human rights lawyer who'd represented a number of high-profile IRA members, including Bobby Sands, as well as loyalists.

Finucane was shot dead in his home while having a Sunday meal with his family — two gunmen knocked down the front door with a sledgehammer, shot him twice, before firing 12 bullets into his face at close range.

The killing was widely suspected by human rights groups to have been perpetrated with the help of RUC officers — in 2003, the UK Government confirmed their suspicions. However, despite then-Prime Minister David Cameron stating in 2011 there was a "shocking level of collusion" in the murder, the British government has repeatedly reneged on promises made to the Irish government and Finucane's family that a full public inquiry would be held. Cameron has been quoted as saying "[there are] people in buildings all around here [Westminster] who won't let it happen".