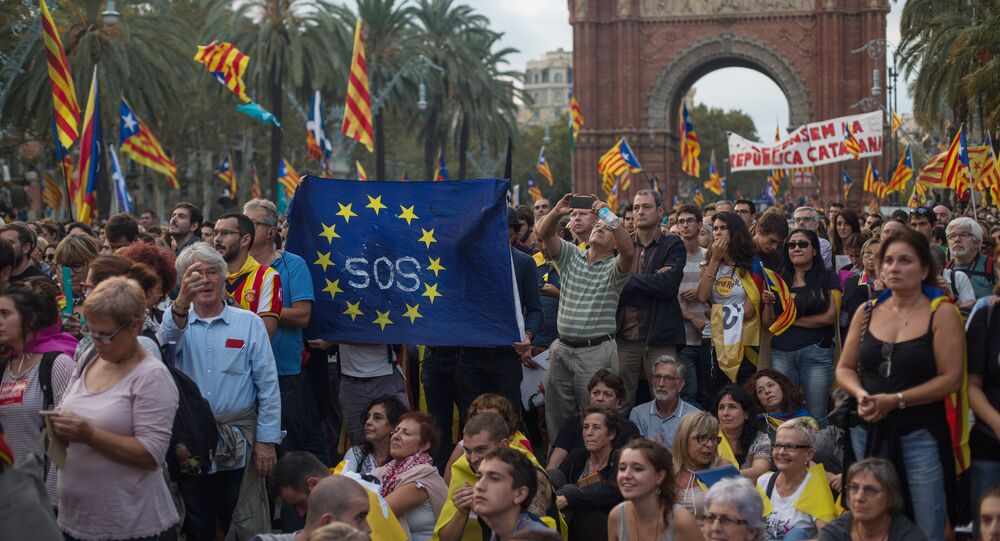 MADRID (Sputnik) - The president of the Catalan government, called Friday on Spanish Prime Minister Pedro Sanchez to hold a referendum on the region's independence from Spain following the example of popular votes held in Canada's Quebec.

"Dear head of the government, taking into account political prisoners and exiles, thousands of Catalans have been under investigation for October 1 [when Catalonia's independence referendum was held, deemed illegal by Madrid], while Catalonia's democratic right for self-recognition has been repeatedly denied, and who is putting conflict first then?" President of the Catalan government, Quim Torra, wrote, adding that the negotiations and agreement between Canada and Quebec served as an example of constructive talks.

On Thursday, Sanchez allowed the possibility of an early election in the country, if the parties advocating Catalonia's independence refused to support the socialist government, "giving priority to conflict rather then to cooperation." Torra, for his part, accused the Spanish authorities of the lack of cooperation.

© CC BY 2.0 / Victoriano Javier Tornel García
Catalan Police Remove Pro-Independence Camp in Barcelona Over Security Concerns - Spokesman
Canada's French-speaking province of Quebec held independence referendums twice. Both referendums rejected the province's independence. In 2006, nevertheless, the Canadian authorities made a symbolic step and recognized the Quebeckers as a nation within Canada.

Following an independence referendum held on October 1 in 2017 in the northeastern Spanish region, which resulted in 90 percent of voters supporting Catalonia's secession from Spain, on October 27, the Catalan government proclaimed the region's independence. However, the central Spanish government responded by imposing direct governance over Catalonia just one day later, refusing to accept the vote.