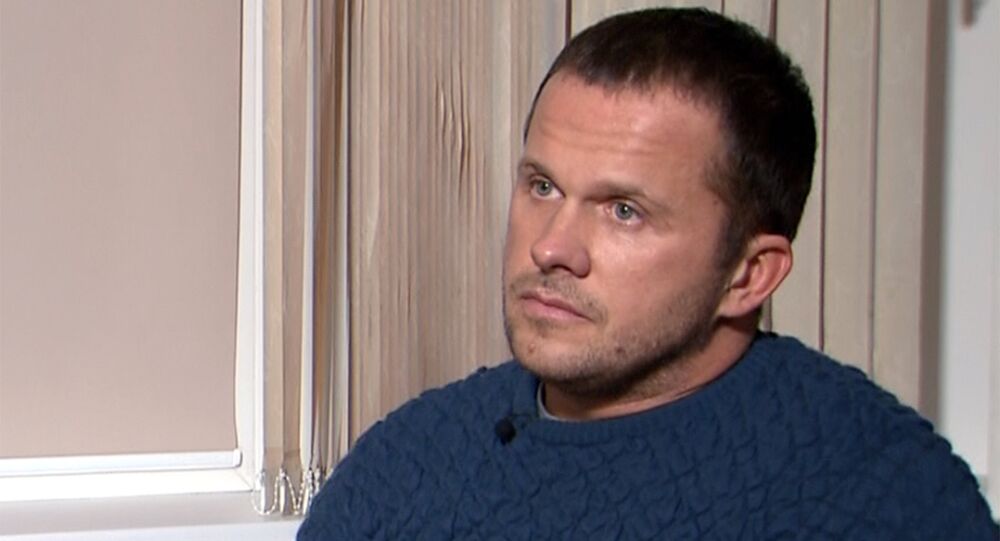 MOSCOW (Sputnik) – The UK-based investigative blogger group Bellingcat and The Insider Russia media outlet are going to issue information about the real identity of Alexander Petrov, who is suspected by London of being involved in the Salisbury incident, within 7-10 days, The Guardian newspaper reported on Friday.

Roman Dobrokhotov, editor of The Insider Russia, and Moritz Rakuszitzky, the lead investigator for Bellingcat, told The Times newspaper that they had a good idea of Petrov’s real identity and planned to publish the information as soon as possible. According to earlier reports of The Guardian newspaper, Bellingcat and The Insider Russia were going to issue this information within the next several weeks.

The investigation follows charges brought by UK prosecutors on September 5 against two Russian citizens, Alexander Petrov and Ruslan Boshirov, under four articles of the criminal law, including the attempted murder via poisoning of former Russia spy Sergei Skripal, his daughter Yulia and UK police officer Nick Bailey in the UK city of Salisbury.

UK Prime Minister Theresa May has said she believes that the suspects work for the Main Directorate of the Russia General Staff of the Armed Forces (formerly known as the GRU), albeit without providing any evidence. According to the Telegraph media outlet, UK prosecutors have already established the identity of a third suspect allegedly linked to the Skripal affair.

On Wednesday, Bellingcat, which has previously published unfounded materials, claiming that Ruslan Boshirov is "in fact" GRU Colonel Anatoly Chepiga.

© Photo : RT
Zakharova Slams Bellingcat Report Alleging Salisbury Suspects Had no ID Records
In an interview with the RT broadcaster and Sputnik, Petrov and Boshirov said that they had visited Salisbury, but emphasized that they knew nothing about the Skripals and worked in the fitness industry. According to Boshirov, Salisbury is a tourist city with a famous cathedral. When RT and Sputnik Editor-in-Chief Margarita Simonyan asked Petrov and Boshirov what "matter they needed to take care of" in Salisbury, referring to their own words, they answered that wanted to see the sights — the Salisbury Cathedral and Old Sarum.

Bellingcat has already alleged that Petrov and Boshirov were GRU agents, citing the "database of the Russian Federal Migration Service."

However, later Russian Deputy Interior Minister Igor Zubov pointed that "the Directorate of the Federal Migration Service has no departments that were subordinates of the GRU or someone else." He explained that it was impossible to understand whether a person works in the GRU just by looking at the migration service’s database. A similar stance has been voiced by Russian Foreign Ministry’s spokeswoman Maria Zakharova, who has also criticized the materials issued by Bellingcat.

© AP Photo / Matt Dunham
UK Foreign Minister Says London Finding Ways to Put Economic Pressure on Russia
At the same time, commenting on the issue, Russian Foreign Minister Sergey Lavrov pointed out that the Skripal affair was falling apart due to the lack of evidence proving Russian involvement. The Russian Foreign Ministry has sent some 60 diplomatic notes to the UK Foreign Office demanding the access to the investigation and the injured Russian citizens, as well as requesting legal assistance and proposing cooperation, including on the joint inquiry. The UK authorities have not responded to any of these notes.

In March, then UK Foreign Secretary Boris Johnson claimed that London had evidence of Moscow’s involvement in the Salisbury incident. The accusation turned out to be false as the head of the UK Ministry of Defence’s secret laboratory said that the UK experts could not determine the source of origin of the substance, which, according to the United Kingdom, was used to poison the Skripals. The UK Foreign Office admitted on the same day that the conclusions on Russia’s involvement in the Salisbury incident were based on their evaluations of the information, not on proven facts.