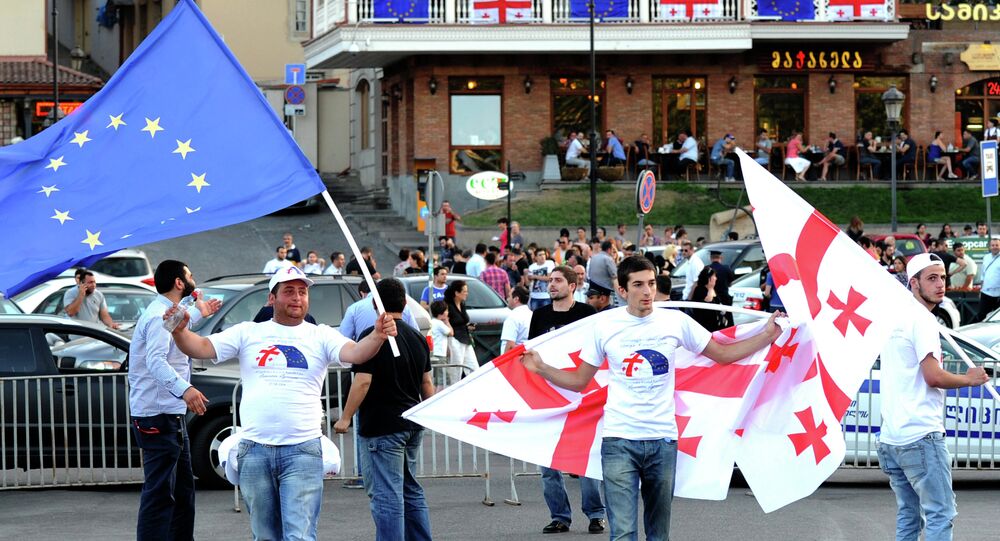 TBILISI (Sputnik) - Georgia sticks to its historic choice and is moving toward the European and Euro-Atlantic integration, Georgian Prime Minister Mamuka Bakhtadze said in his address to the 73rd UN General Assembly.

"The establishment of a democratic republic of Georgia one century ago once again confirmed its civilized choice and determined the future of our nation. This choice is irreversible today. Georgia firmly adheres to European and Euro-Atlantic integration," Bakhtadze said Thursday.

The Georgian prime minister stressed that Georgia was "part of the European family," adding that the country's progress in democratic reforms was the result of that integration.

Bakhtadze indicated that one of the country's main achievements was media freedom.

"In the World [Press] Freedom Index Georgia has improved its position in 2018. There have been particular achievements in terms of Internet freedom. The civil population plays an important role in the democracy-building process, the country's harmonious development is unimaginable without strong civil society… One of the main achievements of the Georgian political elite is media freedom and pluralism," the prime minister stated.

EU membership has been among priorities of Georgia's foreign policy. In 2014, Brussels and Tbilisi signed the EU-Georgia Association Agreement, which entered into force in 2016. In March 2017, the European Union allowed visa-free travel for all Georgian citizens for a period of up to 90 days in any 180-day period.