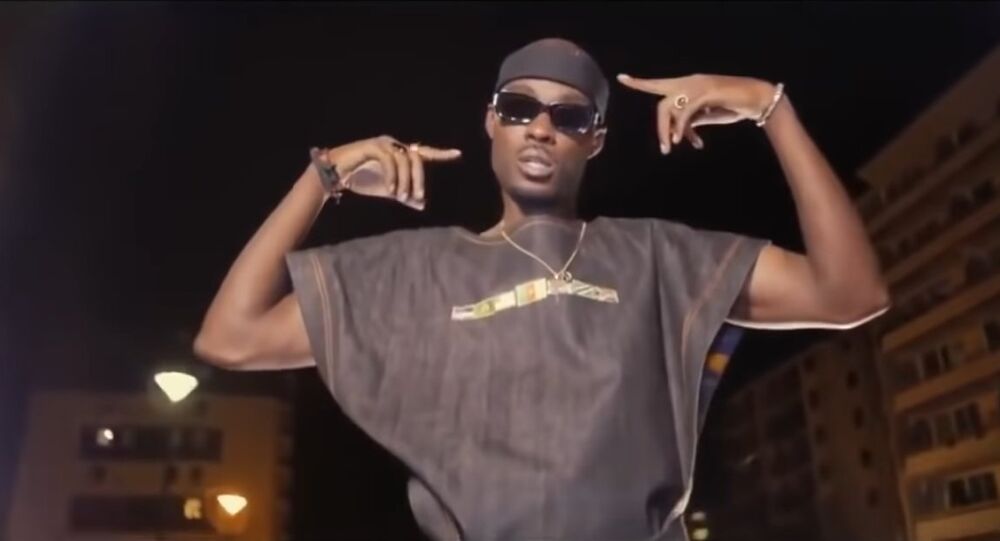 The controversial video tells a story of a rapper and his sidekick who abduct, torture and violently kill a white man. The music clip has rocked the French public and drawn a series of furious comments from politicians and human rights activists.

A viral music video, filmed by French rapper of Cameroonian origin, Nick Conrad, has made waves in France for its calls to murder white babies and hang their parents.

The clip, reportedly shot in the Noisy-le-Grand commune in eastern Paris, opens with a disturbing scene in which Nick Conrad smokes a cigarette as a dead white man can be seen hanging behind him.

The story offers quite an unconventional plot: the man appears to have been abducted by two rappers and brought to an empty parking lot. Two black lads tell the man that he has a chance to save his life: he has 2 seconds to run away. But the man apparently fails to prove there is "magic in white DNA" and gets shot in the back.

The dire intro is followed by aggressive lyrics: "I go to nurseries and kill white babies. Catch them quickly and hang their parents, tear them up to entertain black kids of all ages big and small. Whip them hard, frankly, it stinks of death as blood is gushing."

A catchy chorus goes, "Whities, hang them all, hang white people, hang them now" as the rapper curb-stomps the white man.

According to the French broadcaster BFMTV, the Paris prosecutors' office has launched an inquiry into the video, and the rapper is likely to face court action for inciting racial hatred.

The contentious clip sparked public outrage in France, with politicians and human rights groups condemning the calls it contains.

French senator Bruno Retailleau described the song as a "call to murder," while France's Interior Minister Gerard Collomb said he "unreservedly" condemned what he called "abject remarks and ignominious attacks."

The French anti-racism group LICRA said: "The incitement to murder in Nick Conrad's video is despicable and unbelievably violent."