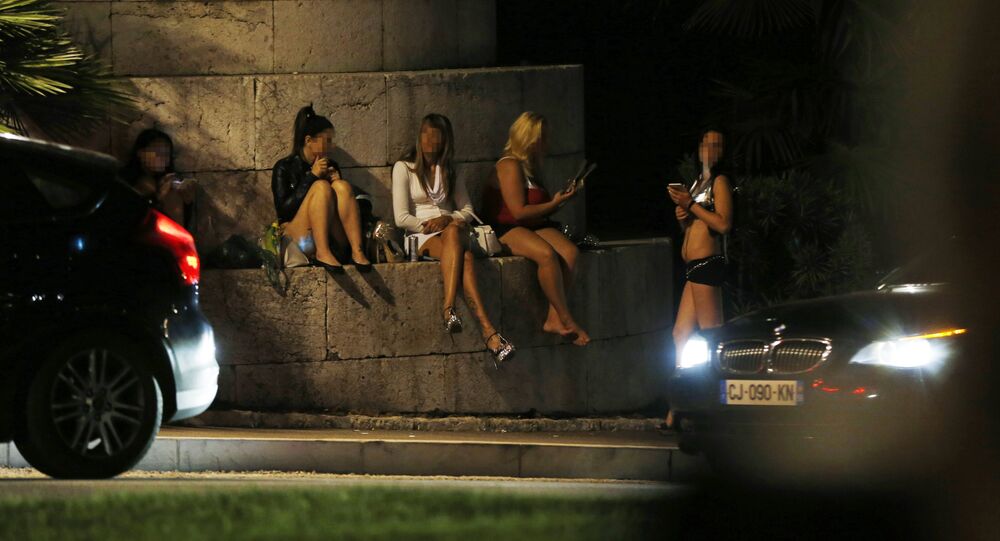 Why is French Prostitution Ban Failing to Work?

Sex workers have demonstrated in Paris to protest against a 2016 law regulating their work. According to them, the text, which aims to protect them from sexual exploitation, has in practice only increased cases of sexual abuse, as they now have to work in poorly lit places where their lives are put at risk.

Vanesa Campos, killed in Bois de Boulogne, has become a symbol of the protest against the law, which is inspired by the Nordic model.

The death of Vanesa Campos is one of the devastating effects of the 2016 law. According to the demonstrators, the law has resulted in reduced clientele, falling prices, being forced to work under unsafe conditions and the death of Vanesa. On September 22, French prostitutes marched on the Place de la République under the slogan "Justice for Vanesa."

The march was organized in tribute to Vanesa Campos, a transsexual prostitute killed on August 16, 2018, in Bois de Boulogne, was also aimed at denouncing the law of April 13, 2016, which is supposed to "strengthen the fight against prostitution," but in fact, it changes the whole philosophy of it.

The law no longer criminalizes soliciting, but assigns responsibility to "the customers who by their actions maintain prostitution." Under the law, prostitutes have the right to offer their services, but if a client accepts them, they face fines ranging from €1,500 to €3,750, in cases of recidivism.

Over two years after the adoption of the law, there are many testimonies echoing the deteriorating climate for sex workers. According to Samanta, a prostitute participating in the protests, the law is responsible for the death of Vanesa Campos.

"Because of this unjust law, we are forced to work in poorly lit places. Before we could work safely, but now we tremble with fear because we don't know if we will come back alive in the morning."

Indeed, some prostitutes complain about the reduced clientele, which pushes them to agree to unprotected sex, as well as to take customers that they would never have taken before. Moreover, this law has resulted in lower prices. According to Natalie, president of the "Les amis du bus des femmes" association of sex workers, few would now fiercely negotiate the price with customers.

"We now only have bad clients and we don't have time to bargain anything as we have to leave before the police arrive. You can only discuss the terms if you know what you are doing: practices, tariffs and condom use. And everything comes to nothing, as the clients are now facing fines."

The woman also regrets that "this law was introduced and passed by totally dogmatic abolitionists who believe that the prostitute is a victim, which is not true. Of course, there are victims, but this doesn't apply to all of them."

"People rely on the Mouvement du Nid [movement] that campaigns against prostitution. It's absolutely unbearable that this law has been passed by these radical abolitionists and feminists," Natalie says.

© Photo : Kinky S Dolls/facebook
First US 'Intense Pleasure' Sex Doll Brothel Feared to 'Train Men to Be Rapists'
Does the reduction in clientele mean that the law has achieved one of its objectives, by creating an income shock for prostitution networks?

One thing is certain: prostitution remains lucrative. According to research by Prostcost from 2015, prostitution networks in France have a total turnover of €3.2 billion, of which France receives €1.2 billion. The Ministry of the Interior has estimated that the mafia's "income" from the business is €1 — 2 billion.

Meanwhile, the judicial police speak of an average annual income of €78 thousand per prostitute. The other objective declared by the authorities is to stem the phenomenon, which mainly affects foreigners.

According to Prostcost, out of the 37,000 prostitutes registered in France in 2015, 80% are of foreign origin (Eastern Europe, Africa, China and Latin America) and only 20% are of "traditional" (mostly French) origin. In addition, 62% work on the Internet, 30% work on the street and 8% work in hostess bars or massage parlors.

At the same time, with the implementation of the punitive aspect of the law (in the period between April 2016 and March 2018, 2,354 clients have been fined) the social aspect seems far from having demonstrated its effectiveness.

This is not surprising, as to date, despite all the means of "fighting prostitution," including assistance for professional integration, monthly financial aid of €330 and a provisional 6 months admission, only 40 people have given up prostitution, as indicated by a survey carried out by certain associations and NGOs, including the organization Médecins du Monde.