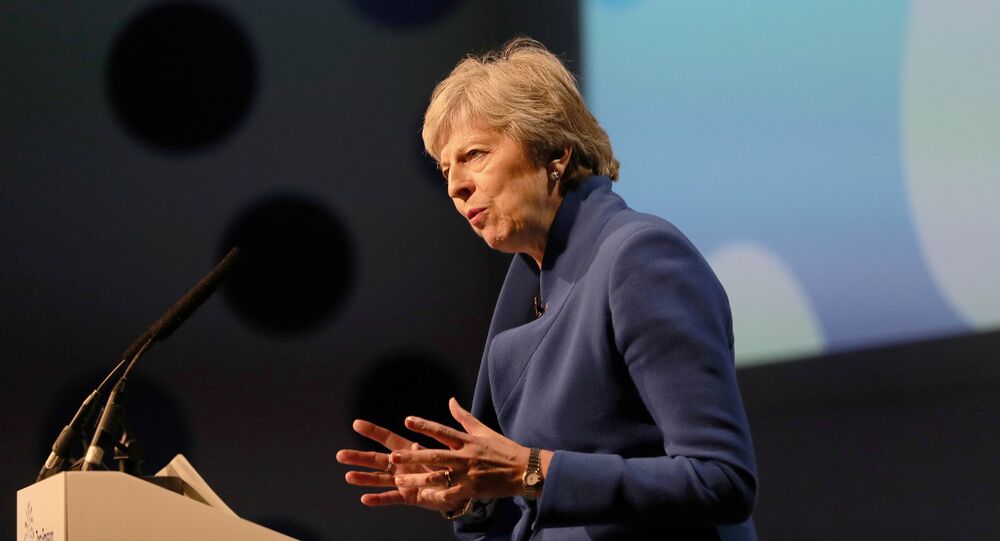 MOSCOW(Sputnik) - A no-deal Brexit would be preferable to the Canada-style agreement with the European Union as the latter would threaten the United Kingdom's constitutional integrity, UK Prime Minister Theresa May said on Tuesday.

"First of all, I have always said no deal is better than a bad deal. I think a bad deal would be for example a deal that broke up the United Kingdom… What we have put on the table is a good deal; it’s a deal which retains the union of the United Kingdom, our constitutional integrity," May told reporters flying with her to the UN General Assembly in New York, as quoted by the Financial Times newspaper.

​On Monday, the UK Institute of Economic Affairs (IEA), a Westminster-based free-market think tank, issued an alternative plan for London's trade relations with the European Union and the rest of the world after Brexit, urging the government to drop the Chequers proposal.

There are over 3 million EU citizens living in the UK who will be understandably worried about what the outcome of yesterday’s summit means for their future. I want to be clear with you that even in the event of no deal your rights will be protected. pic.twitter.com/BkFnZeQPSh

​Under the Chequers plan, adopted by the UK cabinet in July, London and Brussels could create a free trade area for goods and maintain a "common rulebook" for all goods. The European Union, however, rejected the proposal as undermining the single market.