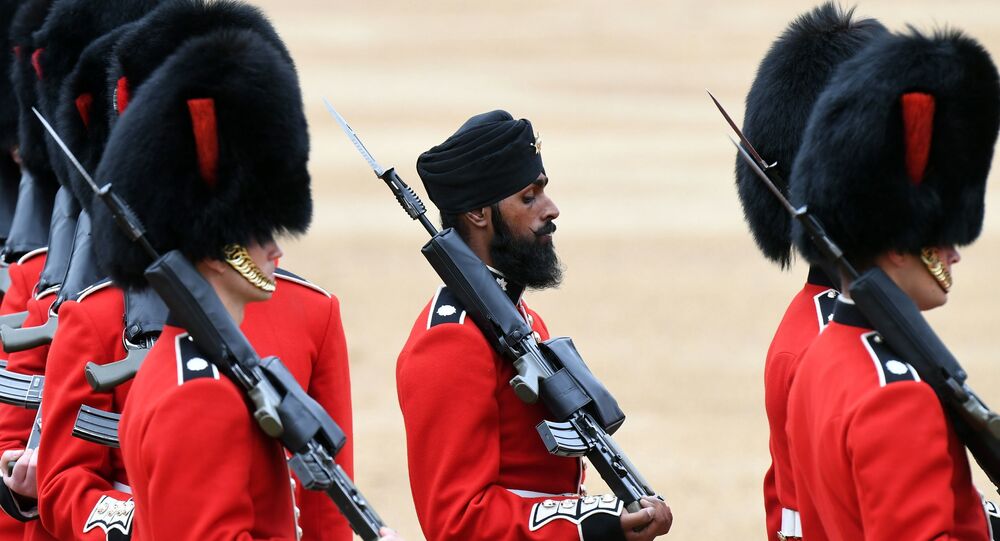 A Sikh from Leicester who became the first Coldstream Guard to wear a turban during the Trooping the Color, rather than the regiment's iconic tall fuzzy hat, faces being booted out after he allegedly tested positive for cocaine last week, the Sun reported, citing an unnamed source.

The insider told the publication that Charanpreet Singh Lall had purportedly registered “high levels” of the Class A drug, adding that, if true, “the Guards carry out public duties at the Palace, it’s disgraceful behavior. It is for a commanding officer to decide if he gets the boot – but anyone caught talking Class A drugs can expect to be dismissed.”

Screenshot/Kaur princess SINGH Lion
Elderly Sikh Man Attacked, Beaten by Two Teens Near California Park (VIDEO)
According to the source, Lall and two other soldiers are said to have failed the drug test last week.

Meanwhile, Head of Army Personnel Services Group Brigadier Christopher Coles said: “I can confirm that a number of soldiers from the Coldstream Guards are under investigation for alleged drug misuse. Drug abuse is incompatible with military service and those caught taking drugs can expect to be discharged.”

Lall hit the headlines in June after he made history by taking part in the Trooping the Color parade to mark the Queen’s official birthday, becoming the first of his regiment to wear a turban during the ceremony.