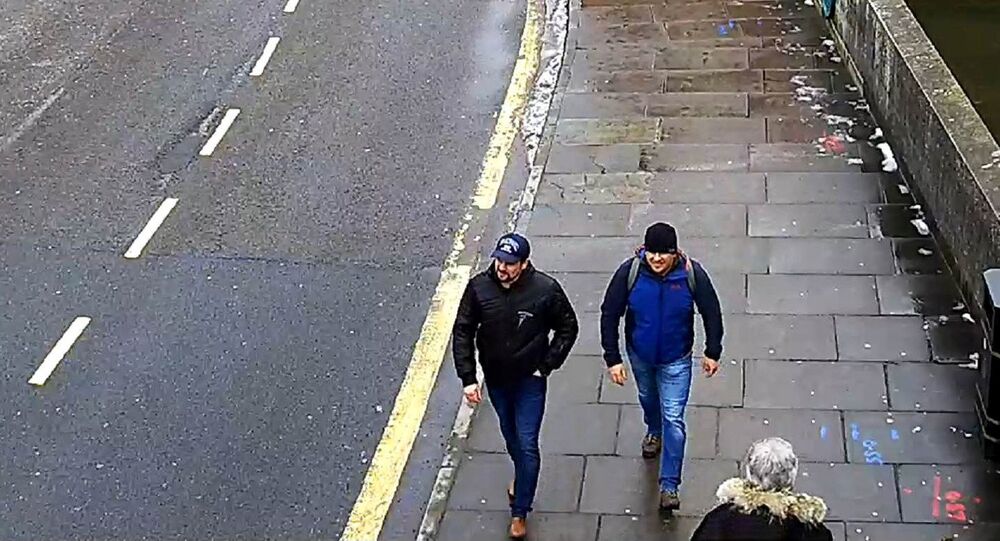 While the investigators appeared eager to publish their latest findings about the travels of the two men allegedly involved in the Skripal affair, the Dutch authorities are yet to comment on this development.

UK-based investigative collective Bellingcat has announced that Alexander Petrov and Ruslan Boshirov, two Russian businessmen who the British authorities claim are connected to the Salisbury poisoning incident, were allegedly detained in the Netherlands earlier this year for a brief period of time and were subsequently released without being charged, Sky News reports.

According to the media outlet, Bellingcat was provided this information by “an unnamed security official”, while “Dutch authorities have not yet confirmed the report and said that they were assessing a request for comment.”

© AP Photo / Metropolitan Police
Skripal Case: Petrov, Boshirov's Interview Erodes UK's Narrative - Activist
Earlier, Bellingcat and The Insider reported that their joint investigation confirmed, through uncovered passport data, that the two Russian nationals were linked to Russian security services, arguing that the two men's internal passports under these names were issued in 2009, while no records allegedly exist for these two individuals prior to this year.

Russian Deputy Interior Minister Igor Zubov pointed out that it would be impossible to determine whether a person was a GRU operative simply by studying the passport database.

Foreign Ministry spokeswoman Maria Zakharova also questioned Bellingcat’s credibility, noting that the UK investigative blogger group had five months to present to the public photographs, screenshots or videos, anything that would at least raise suspicions against Petrov and Boshirov but failed to do so.