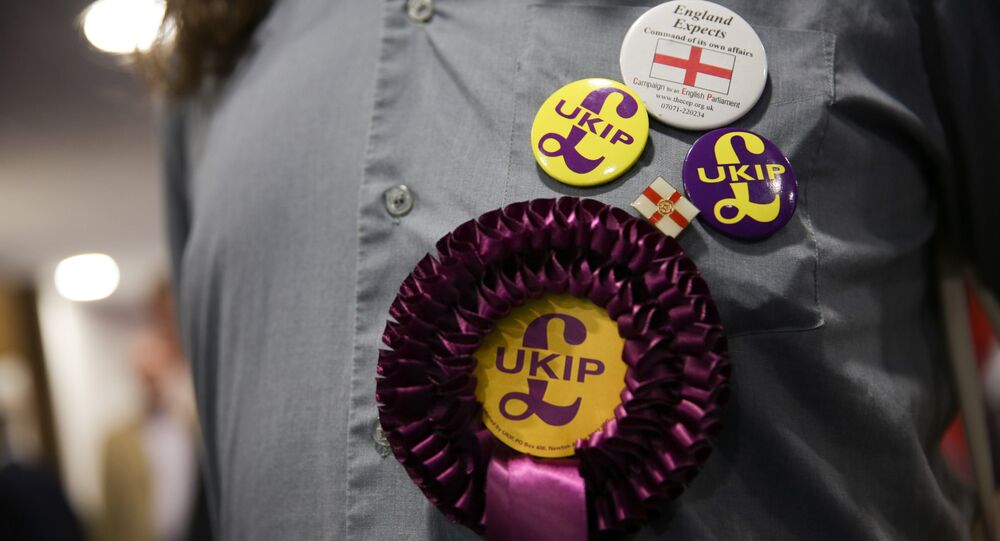 UKIP party members have addressed tough concerns regarding immigration and have released an interim manifesto outlining key points on party policy. One key member did not mince his words and demanded an end to Britain's current immigration struggles.

"You may have heard something in the mainstream media called the 'People's Vote'," Oakley stated, referencing the pro-EU petition for second referendum. "It has nothing to do with that."

READ MORE: Farage: The 'Earthquake' of UKIP Has 'Changed the Course of British History'

UKIP's new manifesto policies would help his party to win, Oakley stated. "When it comes to immigration, we're already winning," he said.

Oakley referenced UKIP's 'Breaking Point' poster, which former UKIP leader Niger Farage posed in front of in June 2016. "Eyebrows were raised. Letters were written to the Guardian. We were vilified, but we were right," he said, adding that it helped Leavers to win the 2016 referendum.

​"We make no apologies whatsoever to tell the truth to the British people."

Oakley also discussed how mainstream parties such as Conservatives and Labour had failed Britain regarding immigration. He cited 2001 government census statistics indicating Britain had 58.7 million people, but figures jumped to 63 million in 2011 citizens "that we know about", he stated.

The manifesto states that the party will introduce selective "Australian style points-based" immigration systems, with strict limitations on permanent settlement. It also advocated tight, time-sensitive controls on temporary immigration for workers on work permits and students.

It also pledged to change the UK Border Force into a Migration Control Department responsible to a Minister to oversee border control. Migrants would also not be able to claim public housing or benefits without becoming a resident taxpay for five continuous years.

Workers on permits and students would need to possess private health insurance as a condition to enter the UK, the manifesto states. UKIP will also rescind the UK's assent to the Barcelona and Marrakesh declarations, which paved the way for "yet more uncontrolled and unlimited immigration from Africa, the Middle East and beyond," the document read.

UKIP MEP on 2nd Brexit Referendum: 'It Would Be Betrayal of the British People'