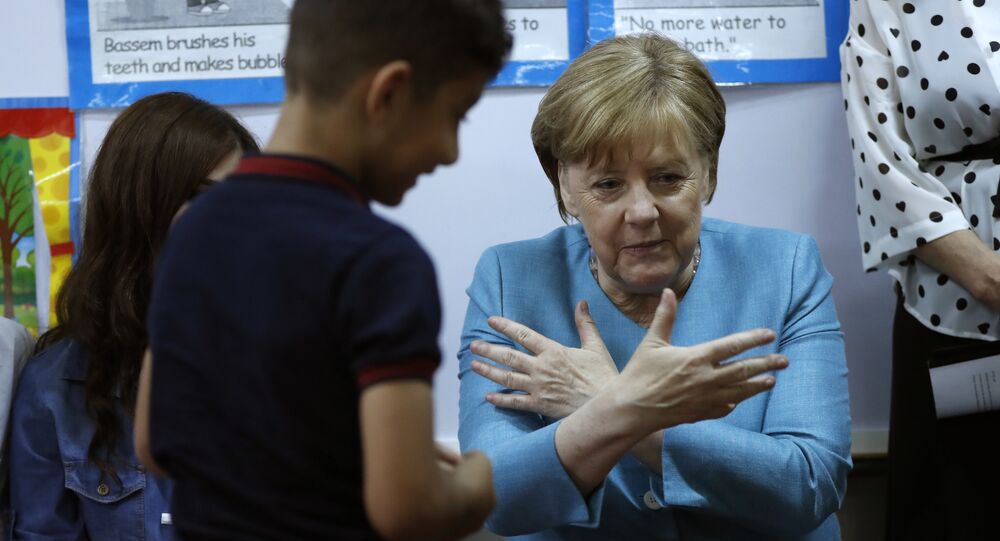 Following a meeting of EU leaders in Salzburg, Austria, where they agreed to cooperate closer with Egypt, Tunisia, Morocco, and Libya to curb illegal migration, the German chancellor has spoken out for modelling an agreement with them after a similar deal with Turkey.

German Chancellor Angela Merkel has advocated for taking the European deal with Ankara, according to which Turkey agreed to help with more than 3 million refugees in exchange for several billion dollars, as an example for an accord with the Northern African states.

"Ultimately, we'll need agreements and accords that are structured like the agreement between the European Union and Turkey," Merkel said, recognizing that the situation of every country would require a different solution.

At a two-day informal summit, centered on the joint migration policy of the bloc, EU leaders agreed they wanted to boost their partnership with Egypt, Tunisia, Morocco, and Libya to stop illegal migration across the Mediterranean, according to Merkel. However, she also pointed out the necessity to develop economic cooperation and private investment in these countries.

According to EU Council President Donald Tusk, the EU states favored opening talks with Egypt about joining efforts for dealing with economic and migration issues. While he is to discuss the matter with Egyptian President Abdel Fattah al-Sisi within the next few days, the bloc members have supported the idea of a summit with the Arab states in Egypt in February.

Austrian Chancellor Sebastian Kurz, whose country is now holding presidency  in the EU, announced that he would take up a similar initiative in Egypt. He pointed at this country as the one that could stop illegal migration across the Mediterranean and called for deeper cooperation with Cairo, "ready to intensify talks with the European Union."

"What's important is to make sure that as few people as possible launch illegal journeys from northern African states towards Europe," he told journalists.

Stop at Borders, Reshuffle Within Continent

In an attempt to solve the migration crisis by stopping illegal migrants at the external borders of Europe instead of struggling to distribute refugees within Europe, the bloc’s members had agreed in June to seek cooperation in North Africa to set up so-called "regional disembarkation platforms in close cooperation with relevant third countries" and controlled centers in the EU member states to process asylum applications. However, none of these countries has agreed to house such a center.

The resettlement or relocation of migrants across the bloc is expected to be done on a voluntary basis amid the lack of consensus.

In this situation, pursuing the goal to curb illegal migration at the EU’s borders, the bloc’s members have reacted positively to an idea to boost the joint border agency Frontex, as Kurz revealed following the summit. While Brussels has proposed to increase Frontex staff by nearly eight times to 10,000 agents by 2020, Italy, Spain, Greece and Hungary, which are concerned that their sovereignty might be impacted, received the idea coolly.

The European Union has been struggling to deal with the migration crisis due to a huge influx of people fleeing armed conflicts in the Middle East and North Africa since 2015. Germany has become one of the countries most affected by this process. It currently has the largest share of migrants among EU states – 12 percent, according to the World Population Review.