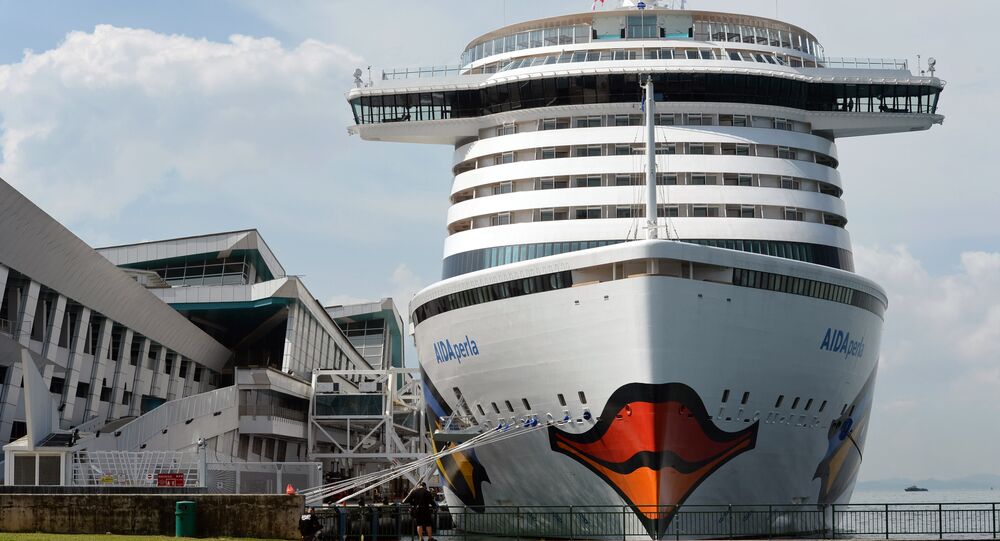 The cruise liner arrived at Rotterdam's port in the morning; the majority of the sick passengers on board are German citizens, NOS TV reported.

The government of the port city of Rotterdam in The Netherlands announced that the cruise ship AidaPerla has been quarantined at the city's port due to an intestinal infection suspected to be found in dozens of passengers, Netherlands-based NOS TV, said.

According to NOS, around 70 passengers were identified with the symptoms of the infection during the trip; among them, around 30 people, who started to feel better, managed to leave the ship before the announcement of the quarantine. However, at present, they are prohibited from re-boarding.

© Sputnik / Vladimir Vyatkin
Swiss and Dutch Envoys Summoned to Russian Foreign Ministry Over Spying Claims Against Moscow
The remaining sick people are now receiving medical treatment on board; the majority of the sick are German citizens.

Reports stated that the ship arrived at the Rotterdam's port in the morning.

According to NOS, the people's symptoms point at intestinal flu, which is extremely infectious.